Both on the North Kent coast. Both are popular weekend destinations for Londoners.

Whitstable, in weekends, is a busy, vibrant place full with artists, yachtmen, fishermen and food-stalls owners. It relies, heavily, upon its seaside tourism. In the past, its fame was based on Oysters - which you can face and eat in tens of restaurants around the harbor.

Whitstable main attractions are the harbour, the High Street and its uncommercialized beaches. Whitstable should be visited on Sundays only. A good chance you'll spend time in a artists/farmers market in the harbour. I found there many non-beaten-path items.

Warning: Avoid arriving to Whitstable on a windy day. The wind along the coast might be bitter and harsh.

We advice you to walk on the coast from east to west (another reason to avoid winds). The market and other festivities around the harbour get to their climax around mid-day.  It is a 15-20 minutes walk from Whitstable Station to the  coastline opposite the Marine Parade road.

From Whitstable Station head east on Old Bridge Rd. Continue onto Bridge Approach and turn left onto Castle Rd. Turn right onto Northwood Rd. Left onto Kingsdown Park. At the roundabout, take the 2nd exit onto St. Anne's Rd and turn right onto Marine Parade. Find a small alley to cut into the seashore.

Whitstable Beach is a wonderful stretch to stroll. It is backed, for most of its length, by deserted yards and beach huts with amazing colors: 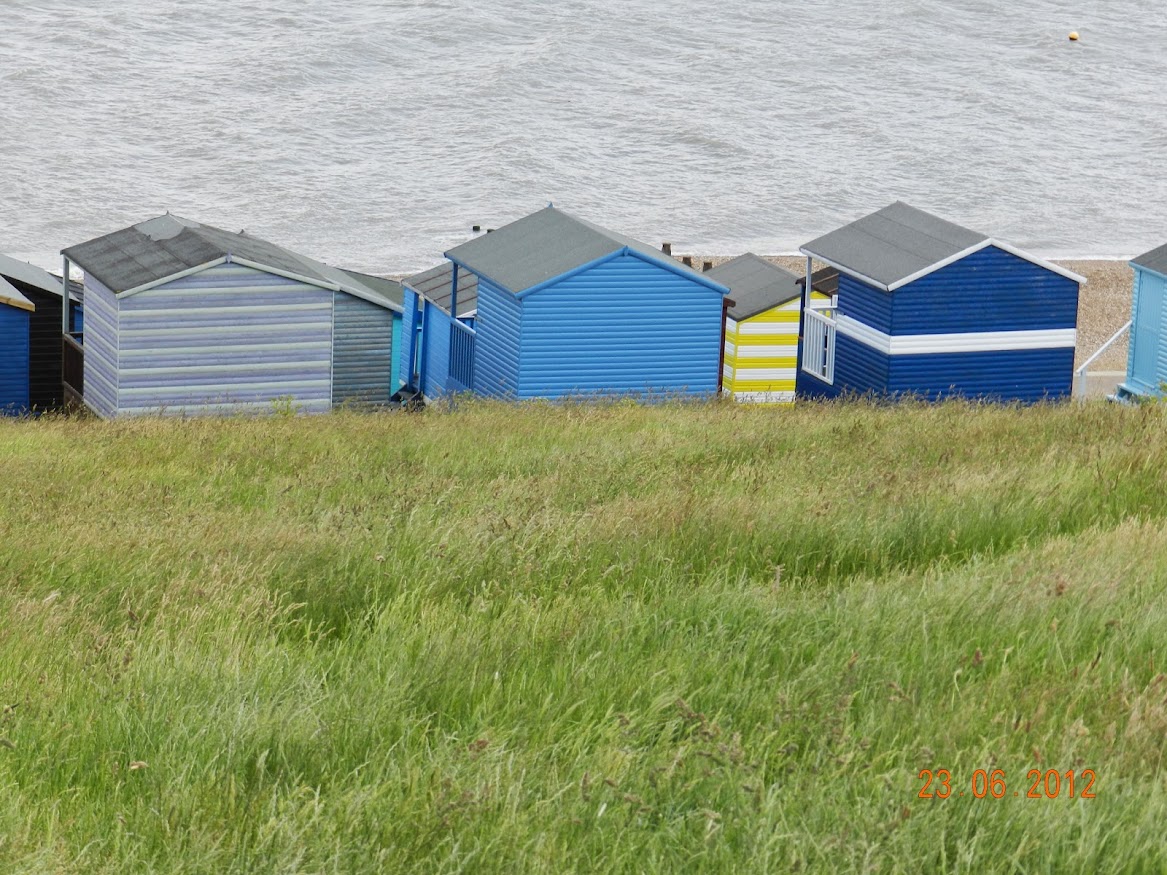 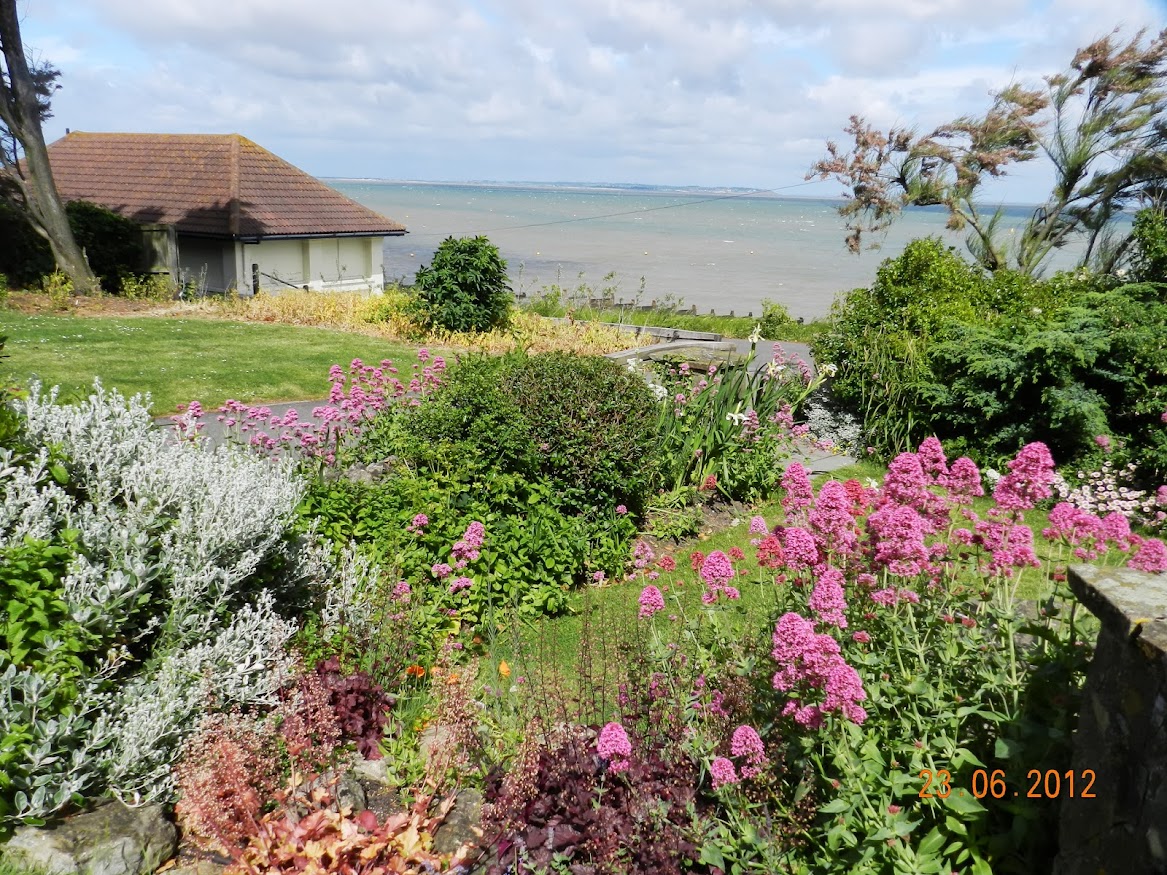 When you walk along the the Marine Parade road (from east to west) it changes its name to the Tower Hill Rd. After 200 metres, on your left, you'll see Whitstable Castle hidden behind the trees - accesible by a short path. No need to pay for entering the Castle - just stroll around the Regency Gardens around the Castle: nice flower-beds, small public park and beautiful kids' playground.

Well below rest two beaches: the Long and the Tankerton beaches with a wonderfull variety of colored huts and shabby houses. To arrive from the Castle to these beaches you should find a path leading from the Castle hill to the coastline passing through the grassy Tankerton Slopes: 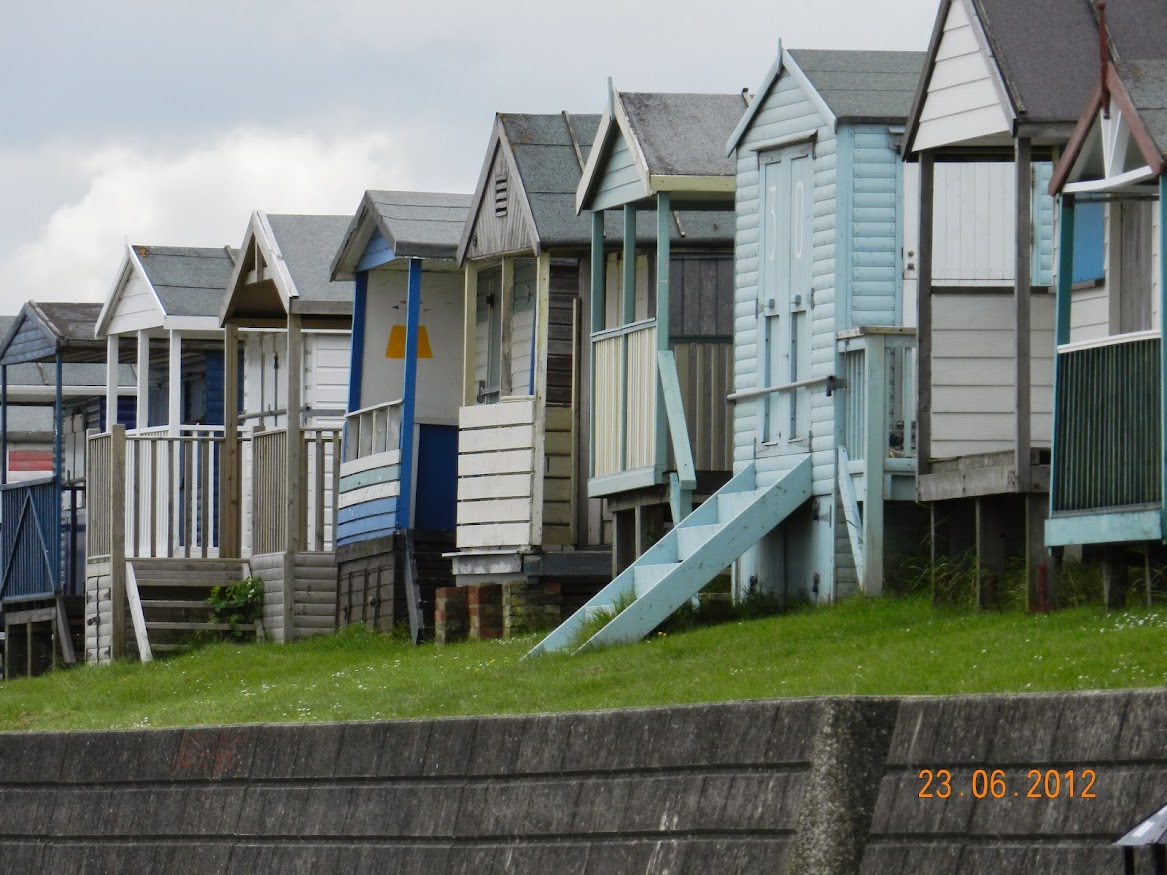 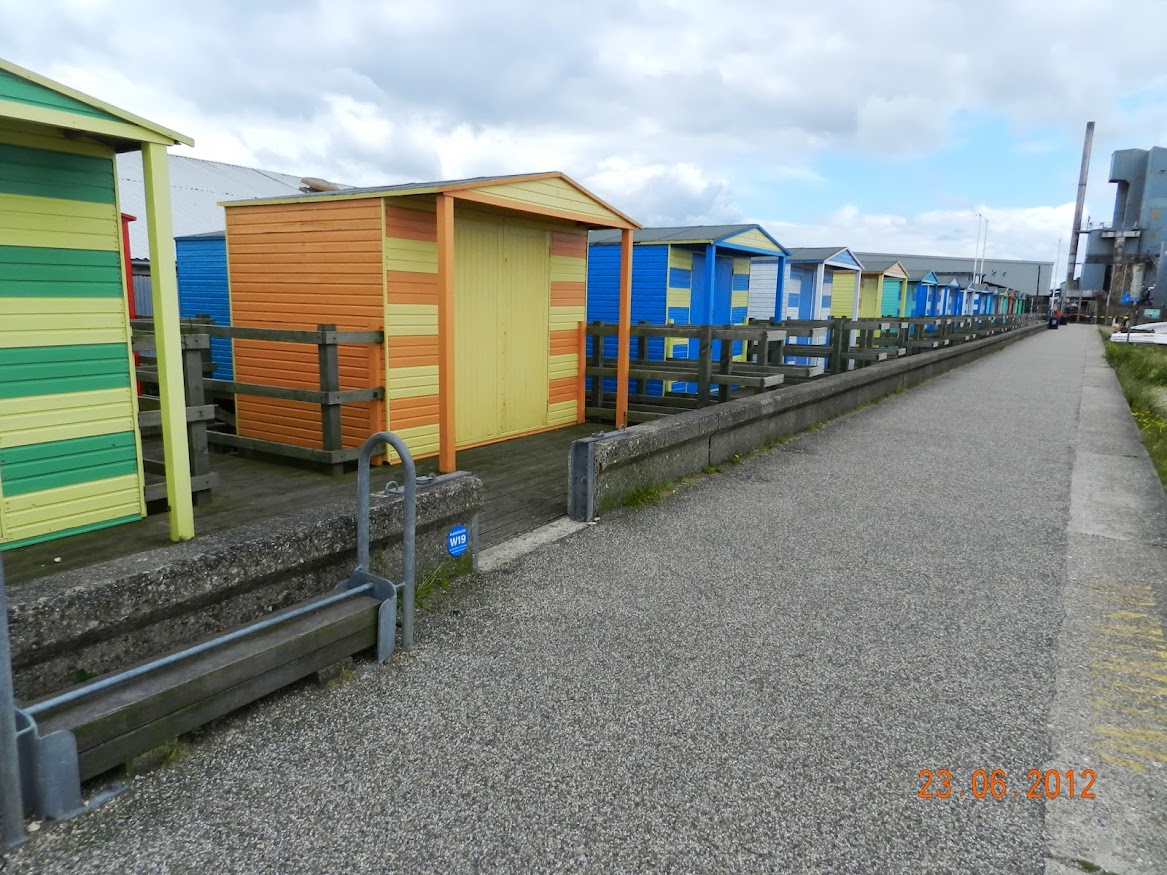 A flight of stairs will bring you back from Tankerton Beach to the upper Tower Parade road, and more to the west, to the Harbour street.

Whitstable Harbour is Whitstable's amin attraction. A lot to explore, see, eat and shop around. lots of reasonably priced goods and crafts on sale at the little beach huts /stalls (Sundays only). Fresh oysters and other kinds of seafood. Brewery. Boats, ropes, gulls, salty sea air. It is very scenic and picture perfect. 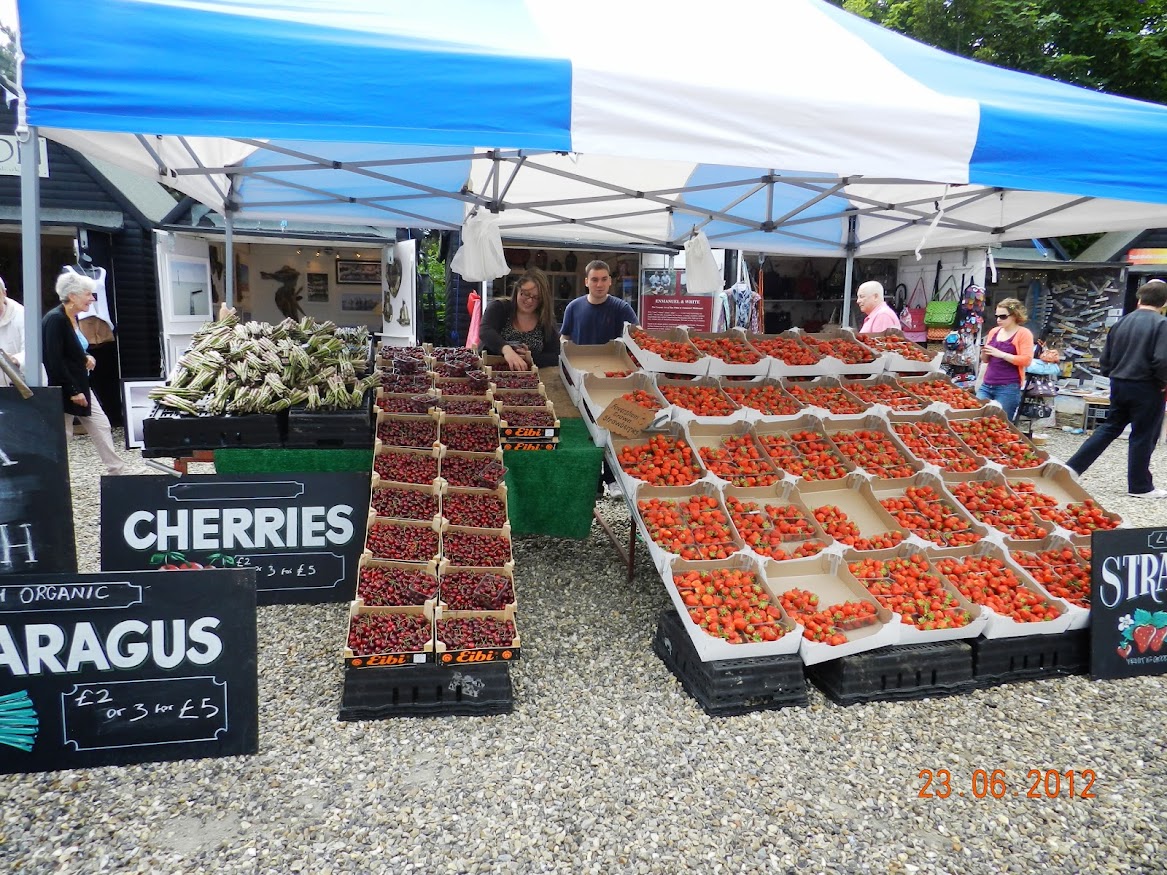 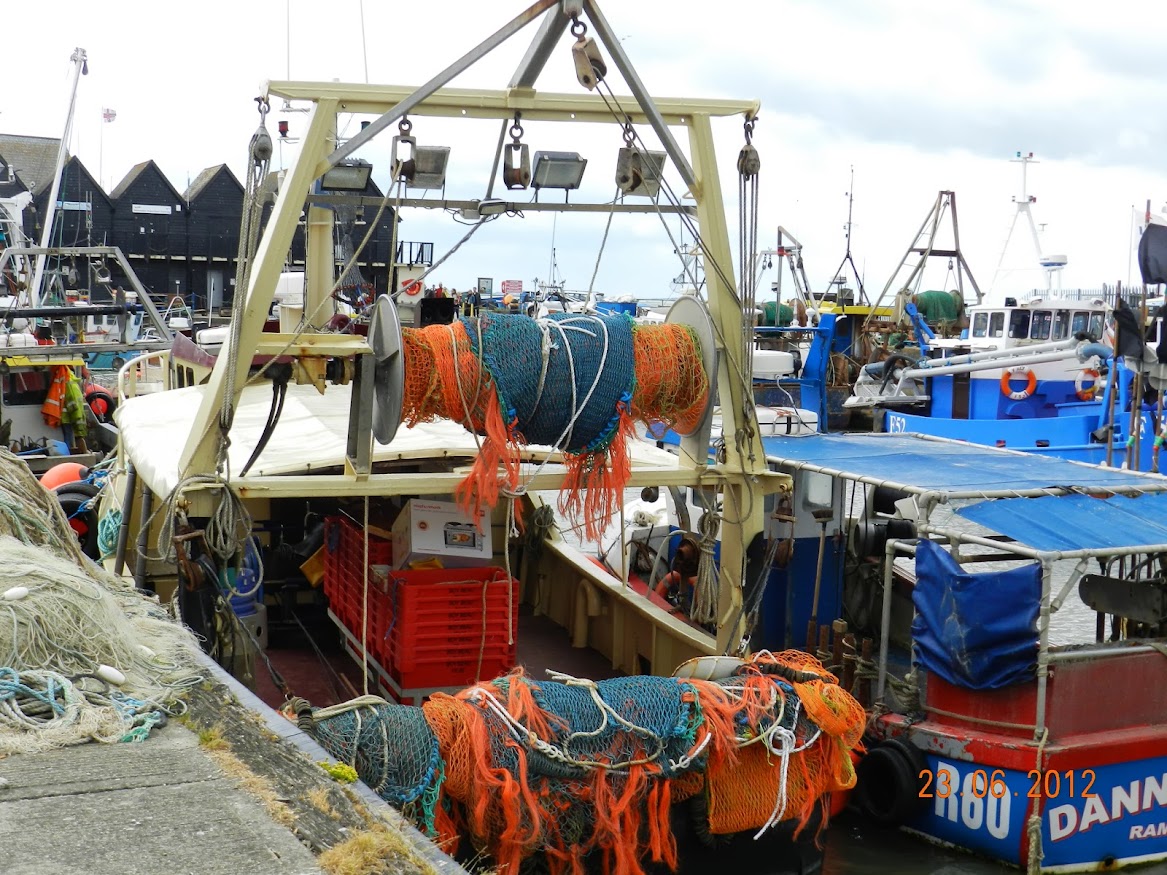 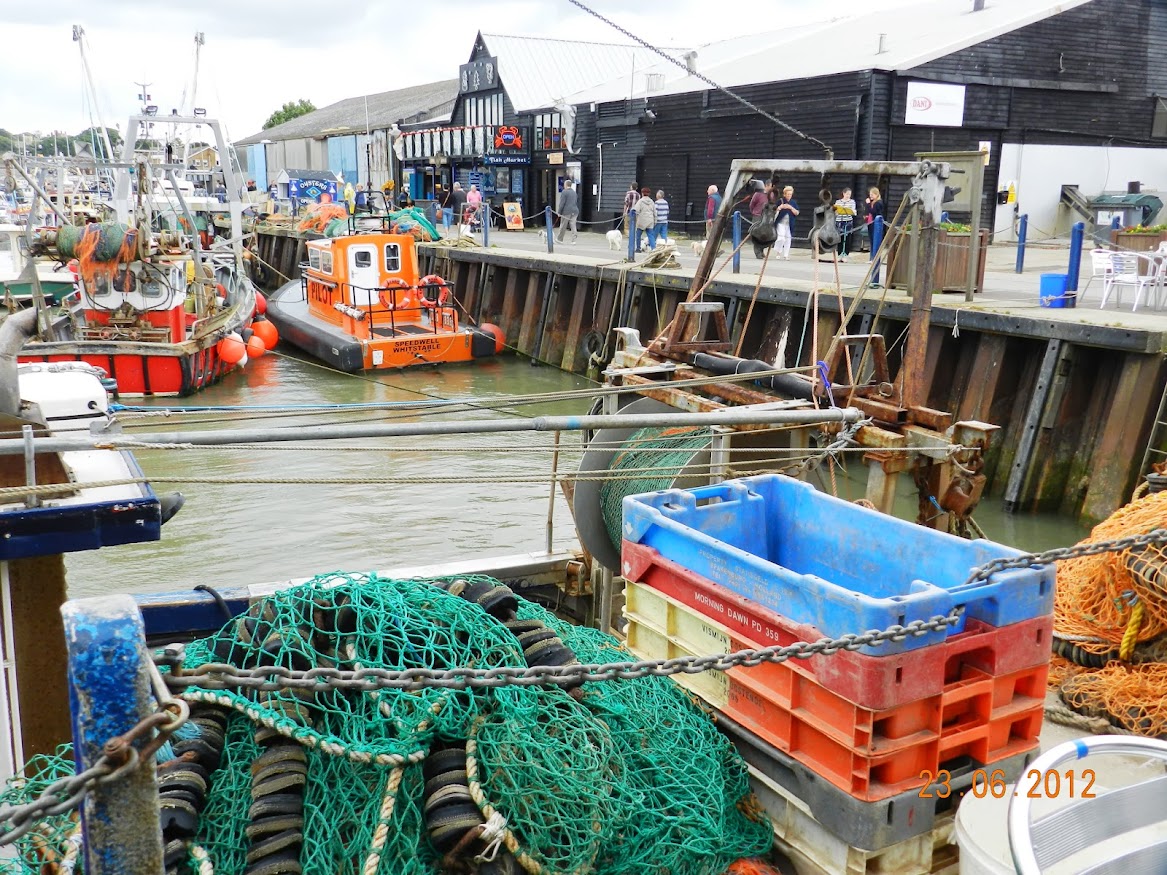 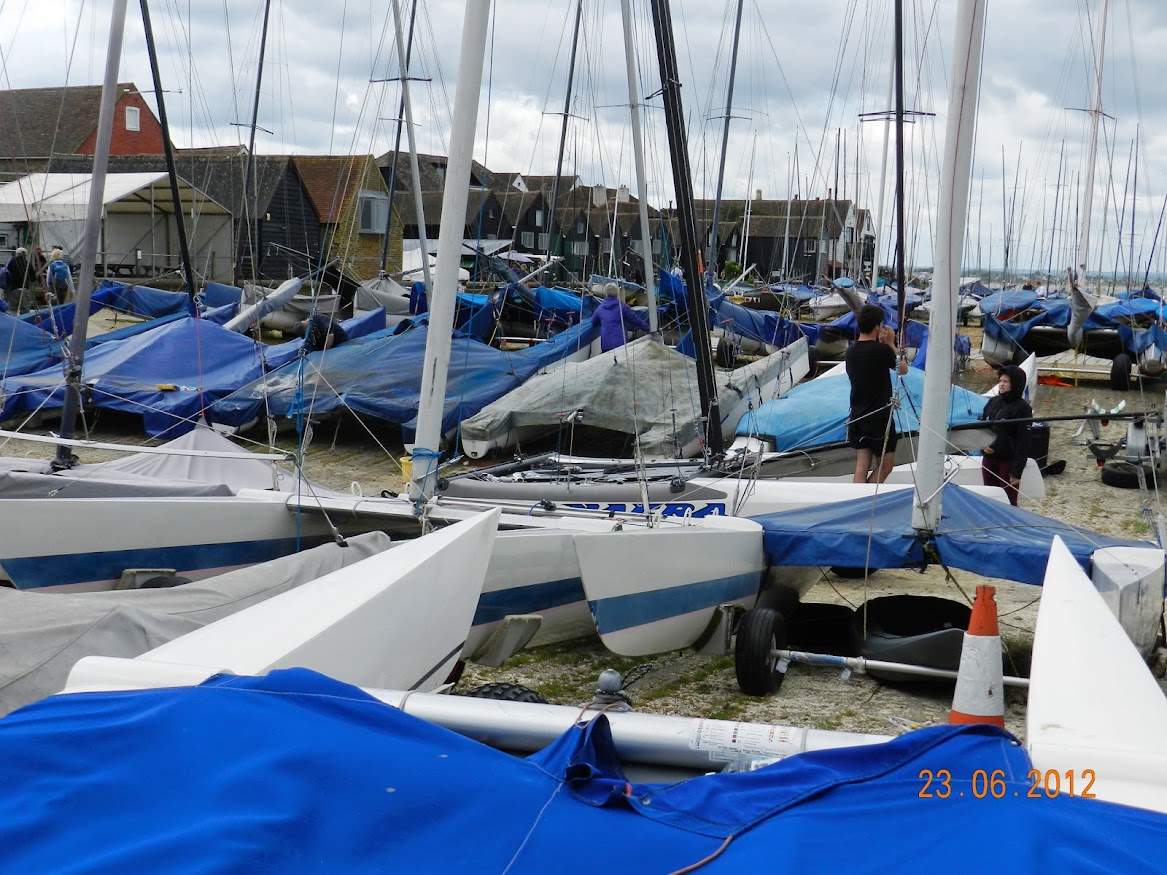 On your way back to the High Street - you pass, again, two lines of colorful (most are deserted) huts: 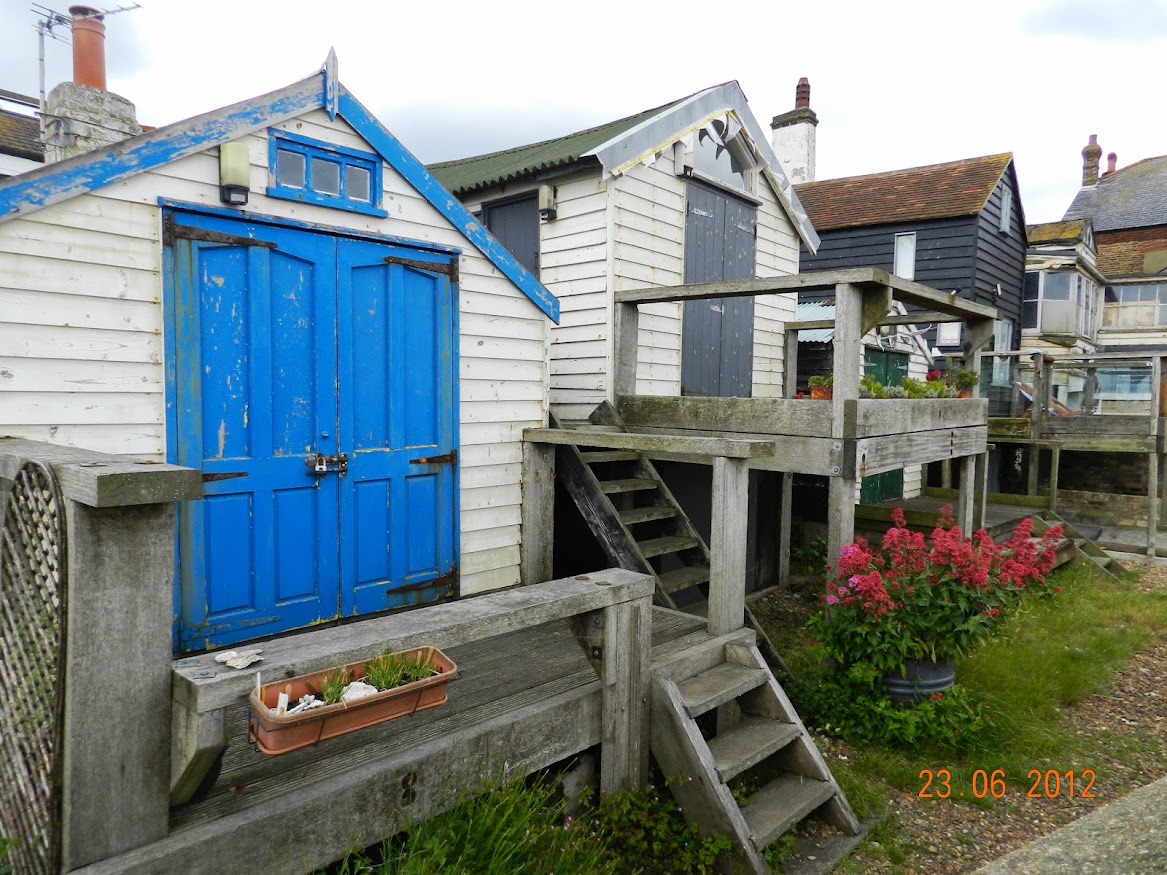 Walk along the High Street. On your way back to the Station do not miss the Peter Cushing Restaurant (see Tip) and pass through Cromwell St with its delightful architecture and with its Victorian and Edwardian houses: hardly two houses alike. Dwellers around are very proud about this part of Whitstable. 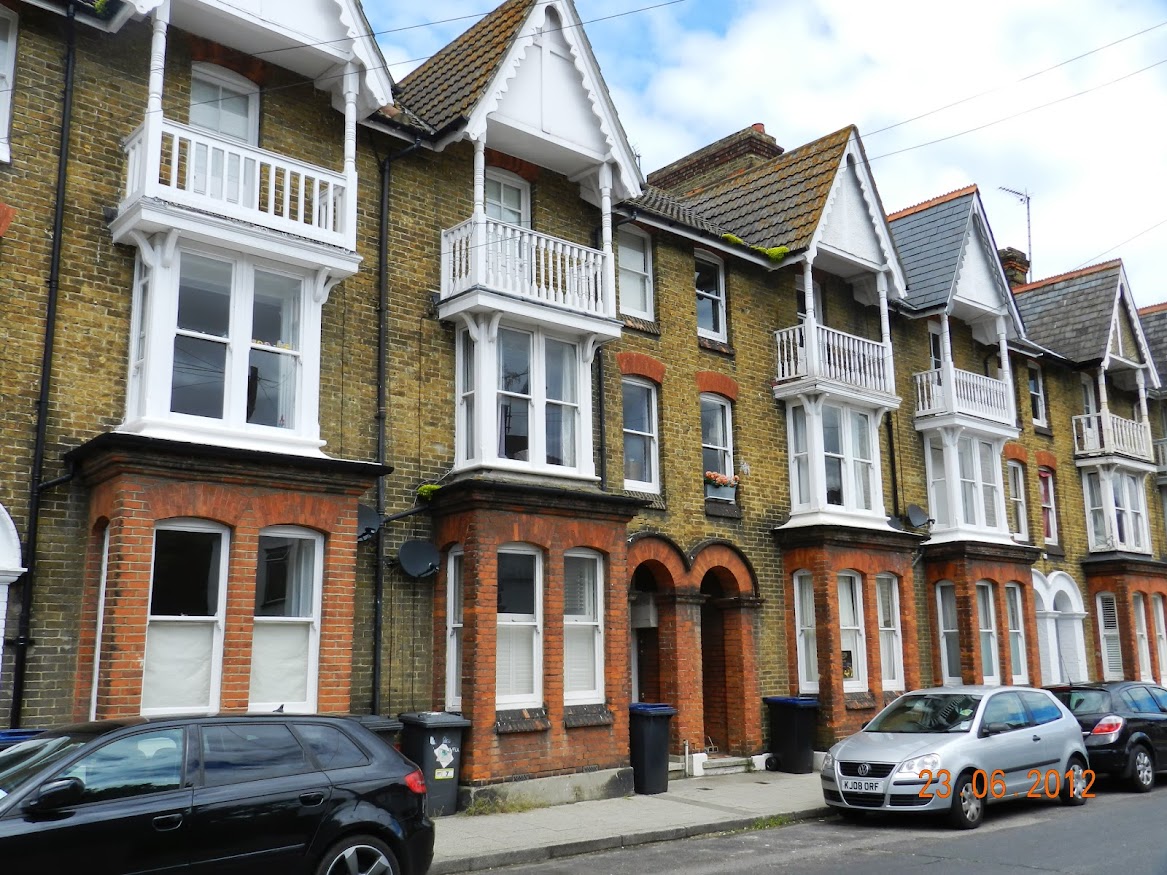 An attractive small town which was famed for its industry of repairing wooden barges. It was the nation's centre of of explosives and gunpowder production (until the 1930s...)

Its main attractions: the pretty Market Place with its well-preserved medieval to Victorian buildings, the 16th century colonaded Guildhall, the peaceful and romantic Creek - and the pretty Abbey Street which links both of them. Allow 2-3 hours for the Faversham visit.

Head northwest from Faversham Station toward Preston St. Walk along Preston St until its end. Here you find the Tourist Information office and the local Fleur de Lis Museum. In the T junction, turn left to the Market Street and you face the impressive Market Place. Take photos of the square and the elevated Guildhall with its elevated columns: 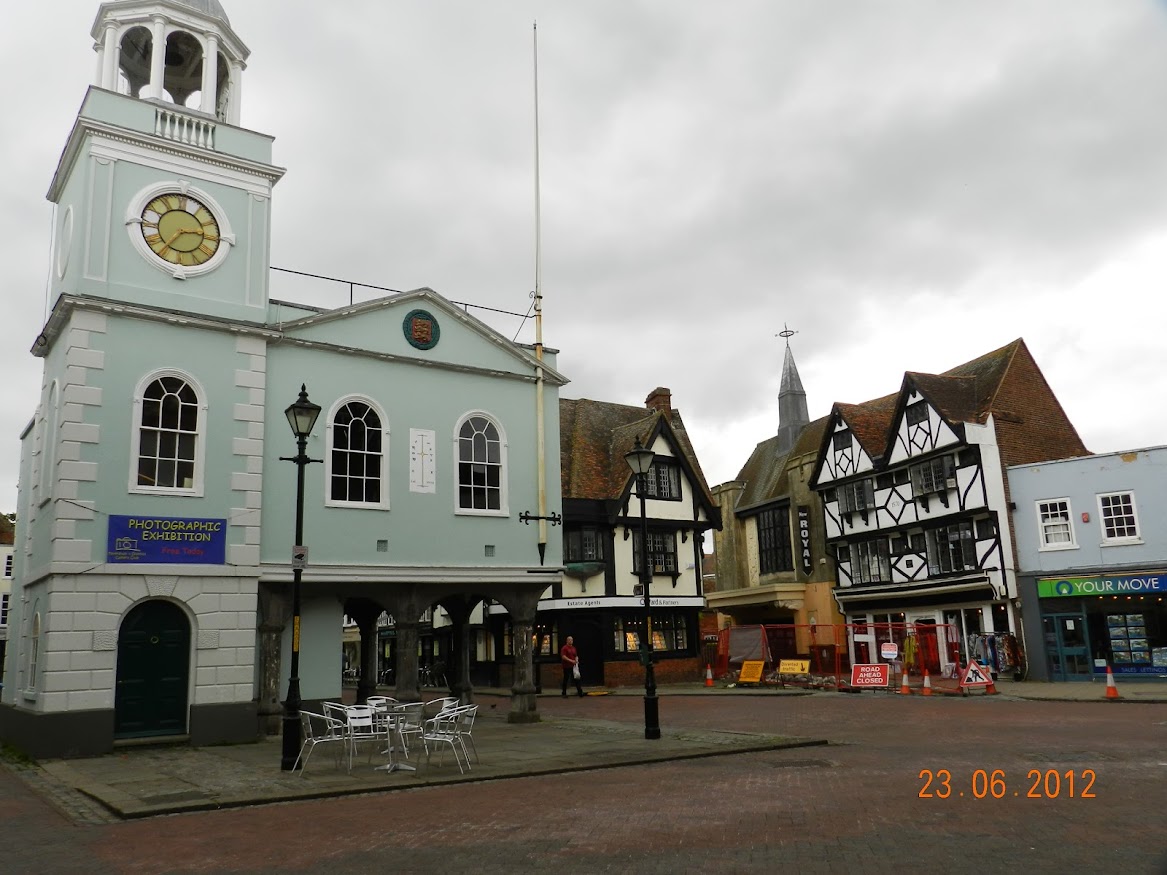 After walking, for 15-20 minutes along the Abbey Street - you arrive to Faversham Creek. First, the Standard Quay with its cluster of barges repairing workshops, timber-framed houses and antique shops. In case you arrive on the first half of Sunday - you'll enjoy also the local Farmers market. Otherwise, walk along the creek river to the nearby marshes and the Oare nature reserve (more to the North): 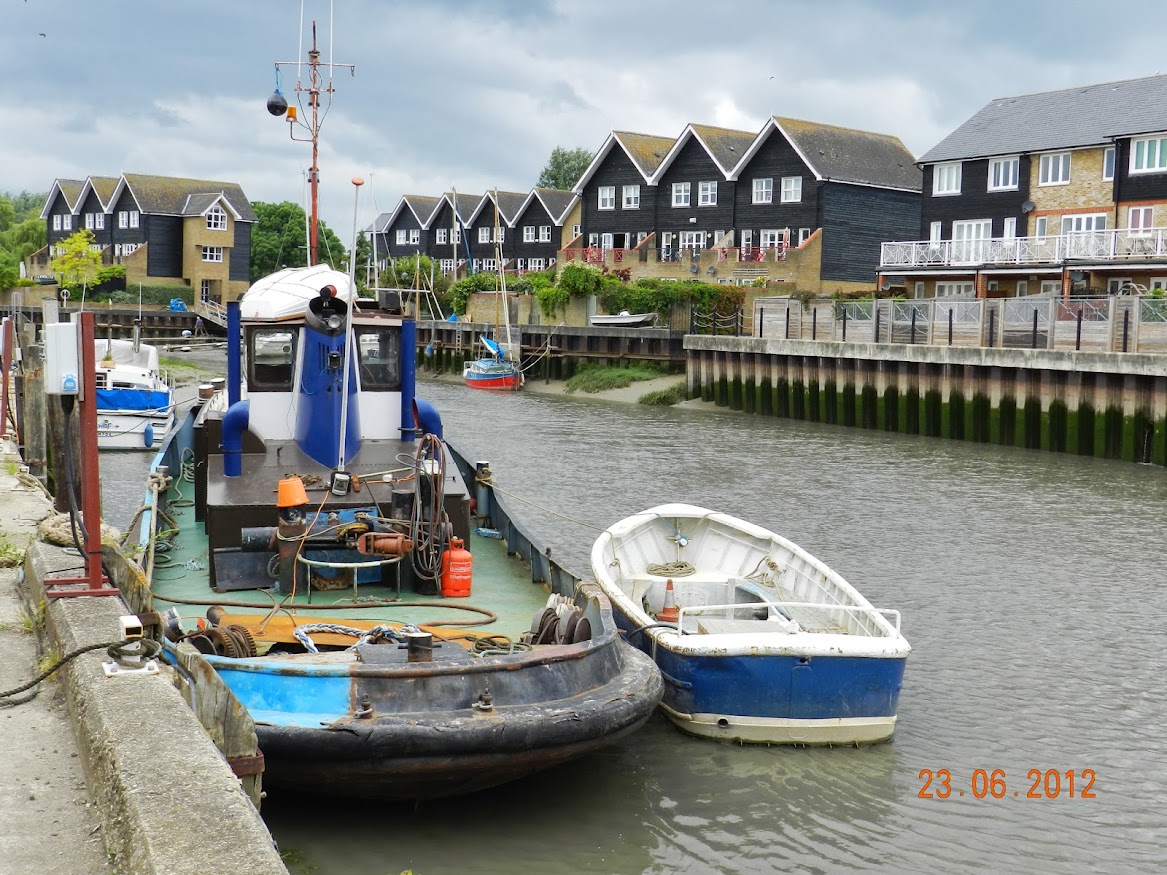 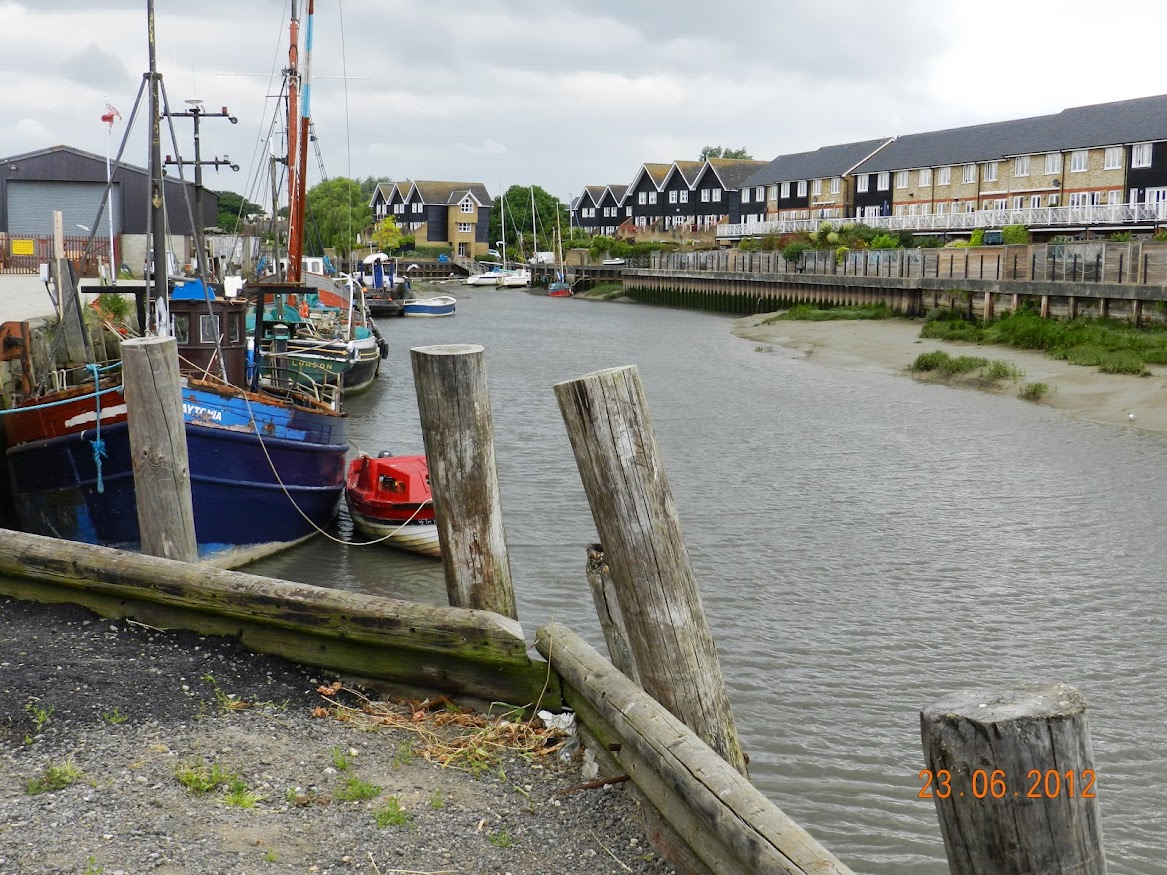 The old Brewery along Abbey Street: 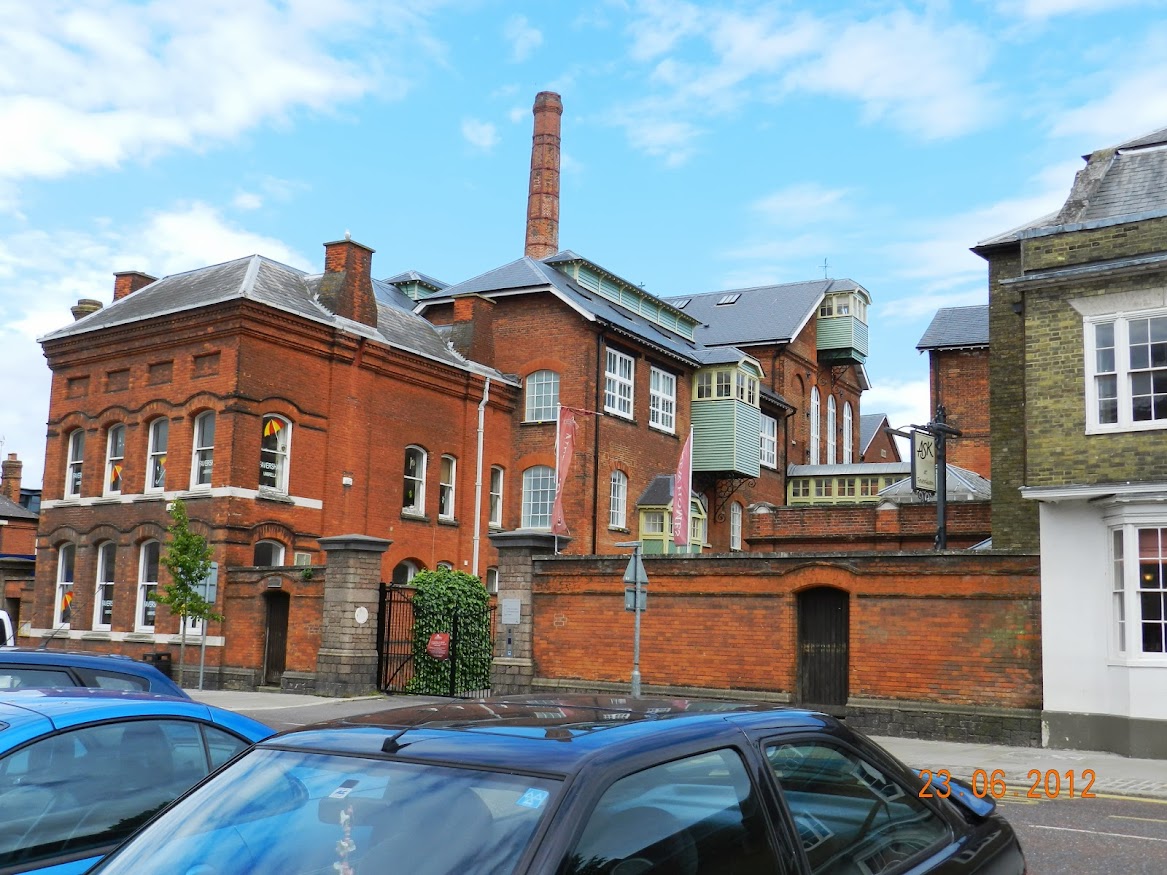 Another interesting road would be the West Street (continuing from the Market Place and Market Road to the west on your way to the Gunpowder Mills): 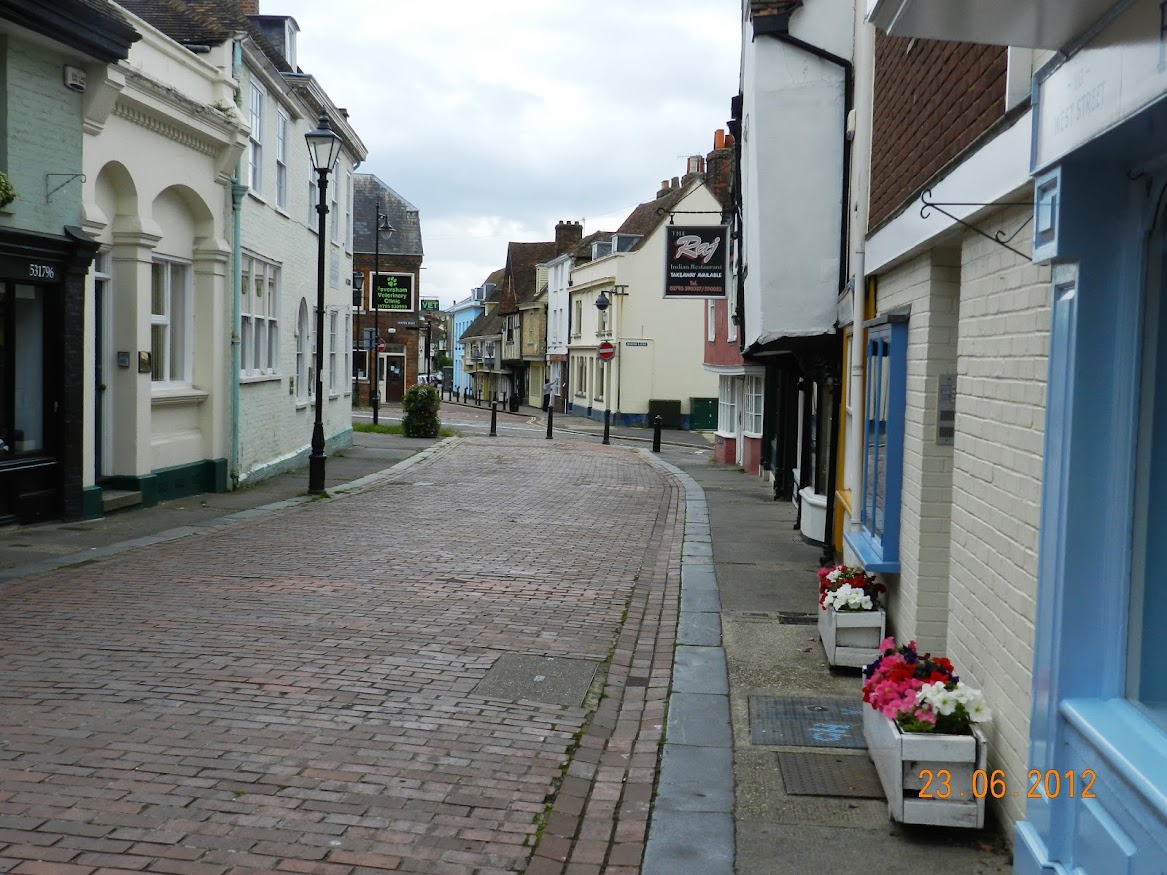 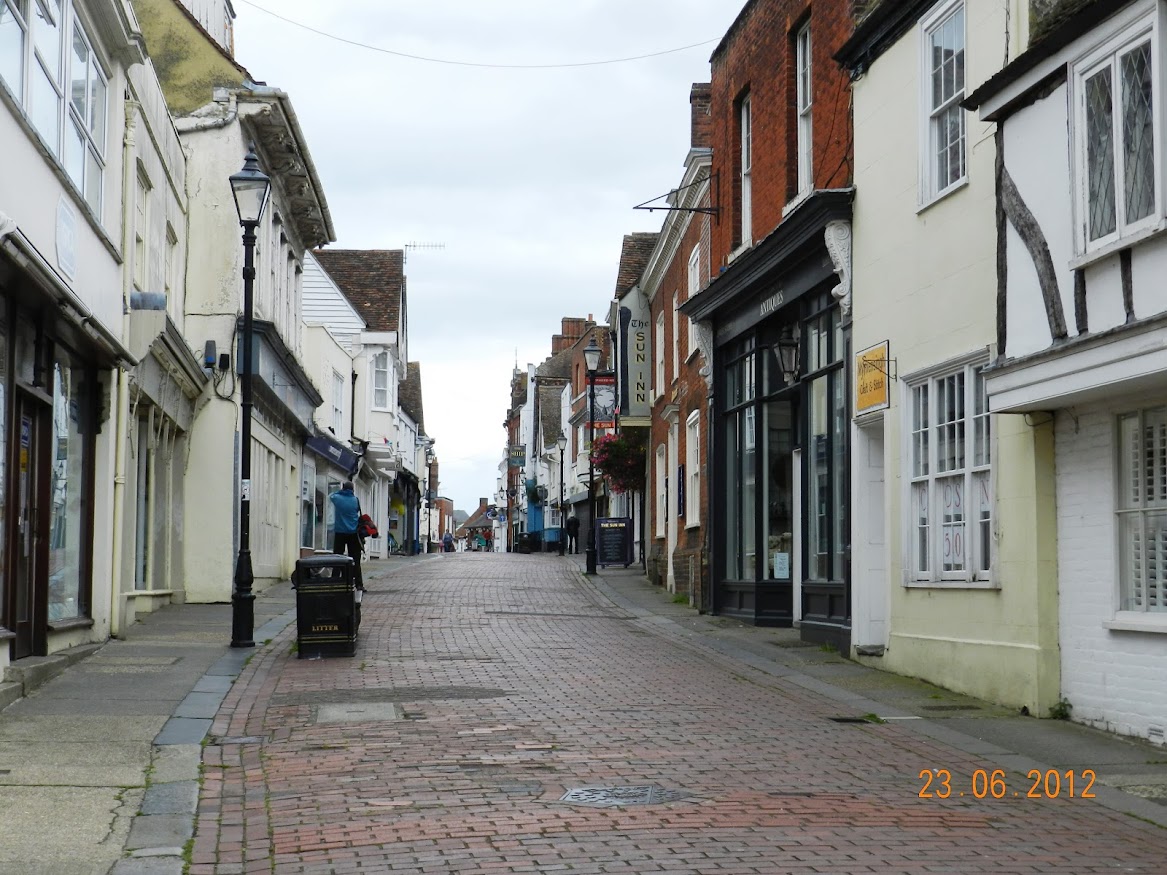 Whetherspoons transformed a former movie theatre into a restaurant. It is an amazing transformation. The restoration of the restaurant's two floors is VERY impressive and will leave happy memories for a long time. The food is not bad and the service is quite efficient. The building retains many of the original features and it is a real experience to eat, drink and watch the items, furniture, carpets and famous Peter Cushing photos as Frankenstein and Sherlock Holmes. What a memorabilia !!! Wonderful Art Deco interior with a lot of pleasant nostalgia... 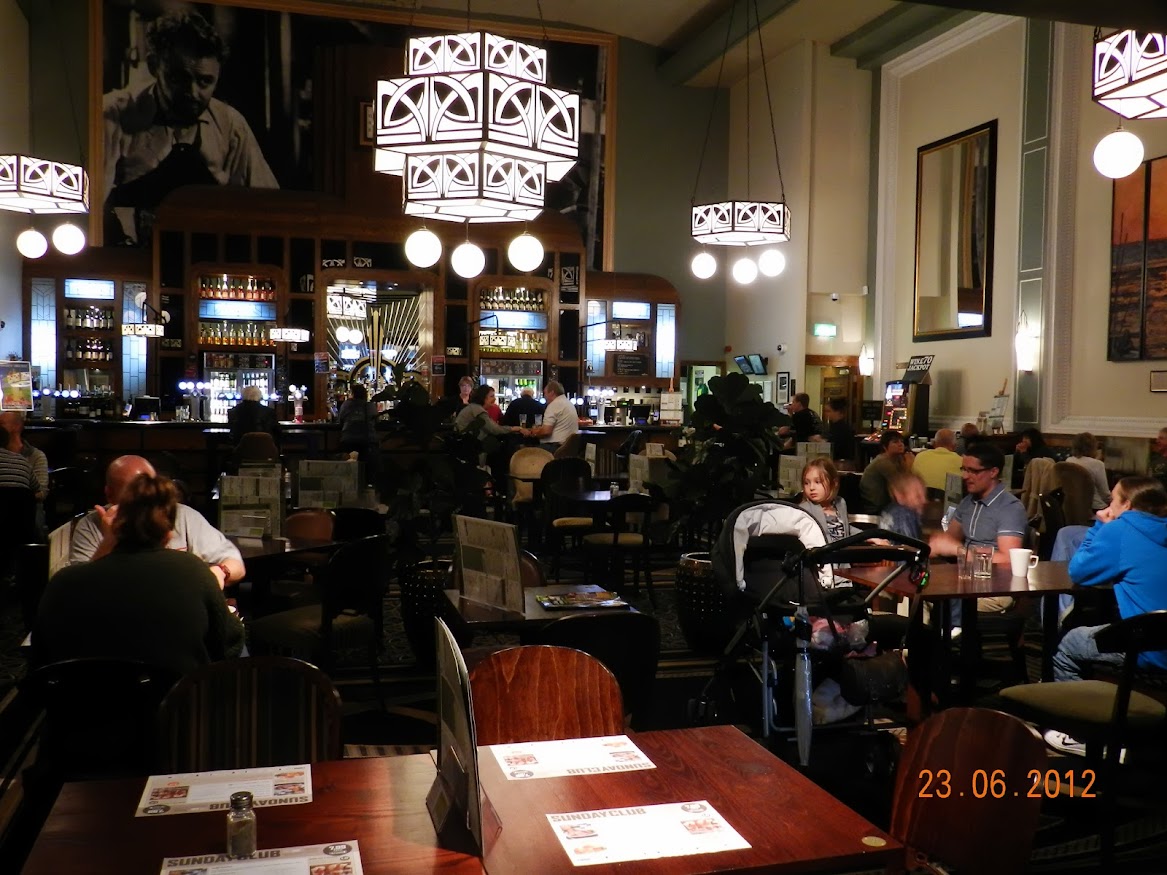 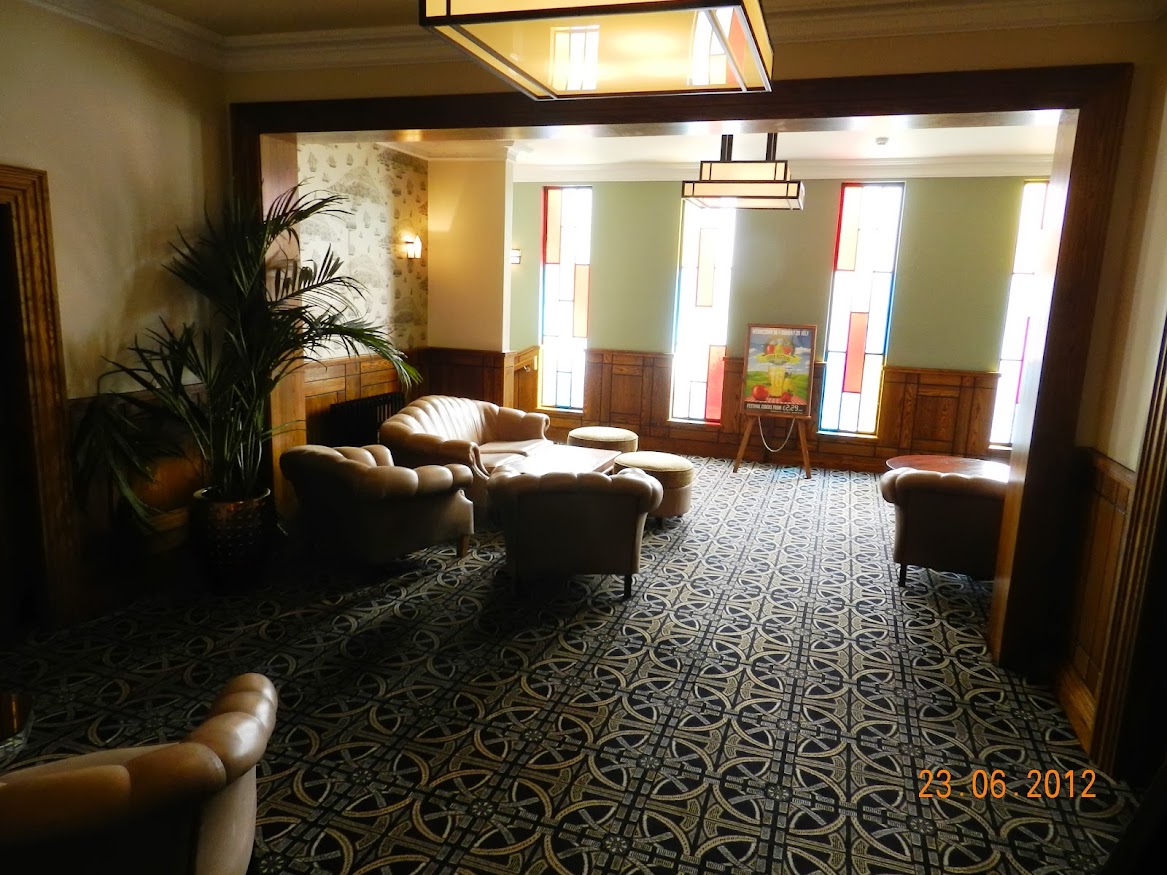 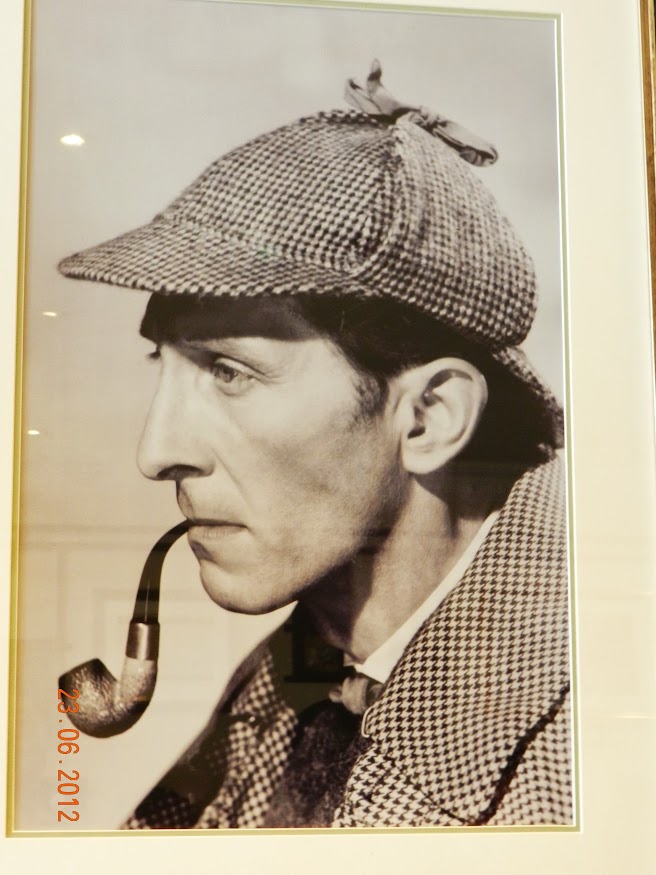