Duration: Half a day.

From the bottom floor of East India DLR Station 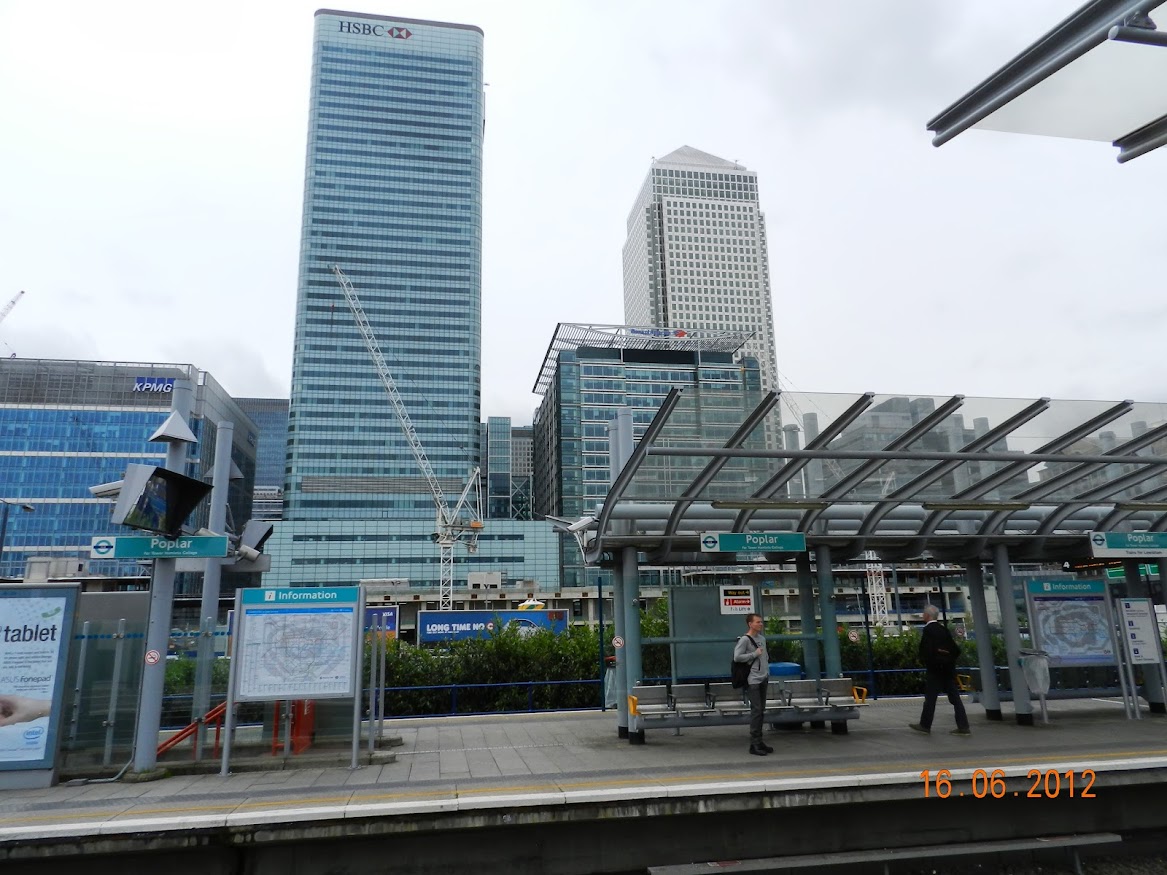 you may go for 5-10 minutes eastward to Saffron Avenue for having a look at the Canary Wharf and new housing projects built around old refinery: 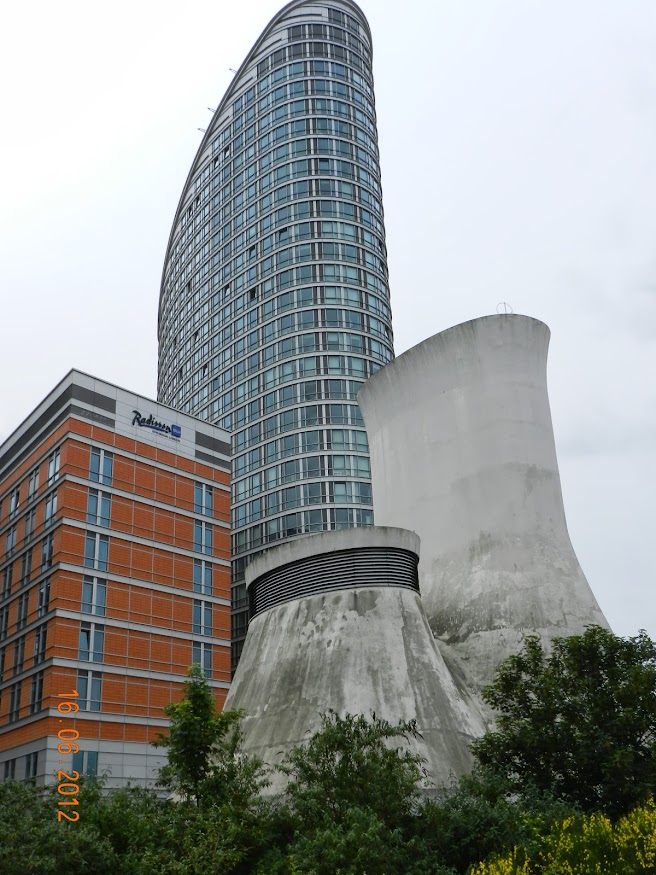 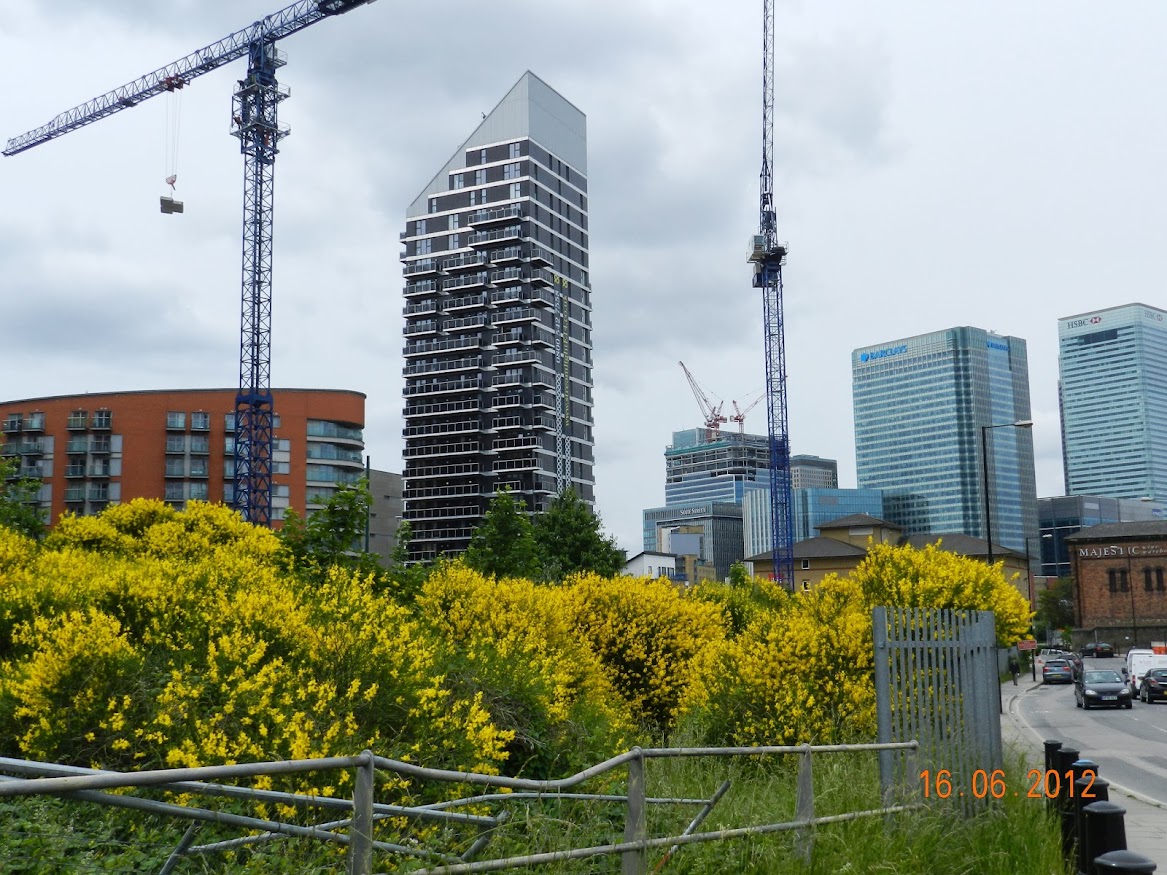 Return to the East India DLR station and go southward toward Budgens Supermarket (ethnic food). In the corner turn left to the small Newport Avenue and walk the whole road until you arrive to the Thames river and its promenade (facing the O2 in the opposite bank): 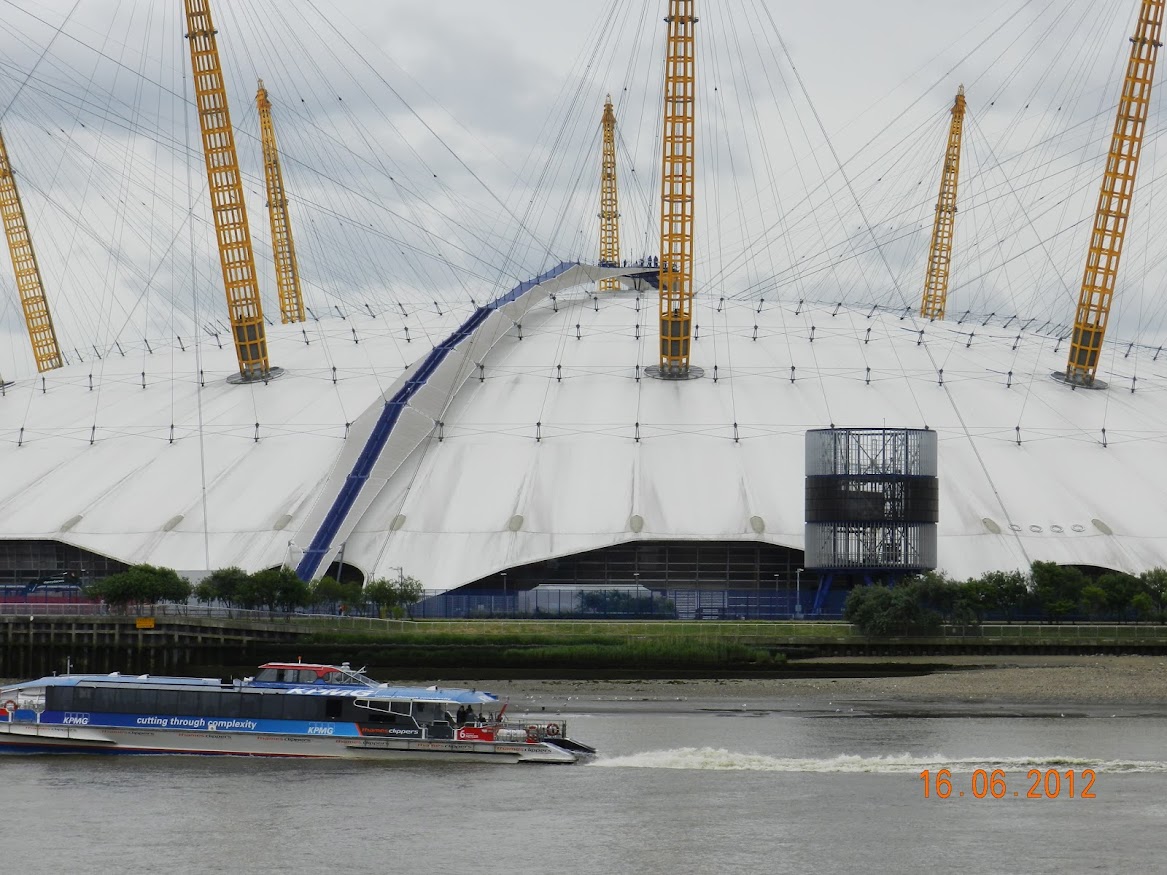 If you look to the right (west) you see the East India Pier and the grandiose Canary Wharf: 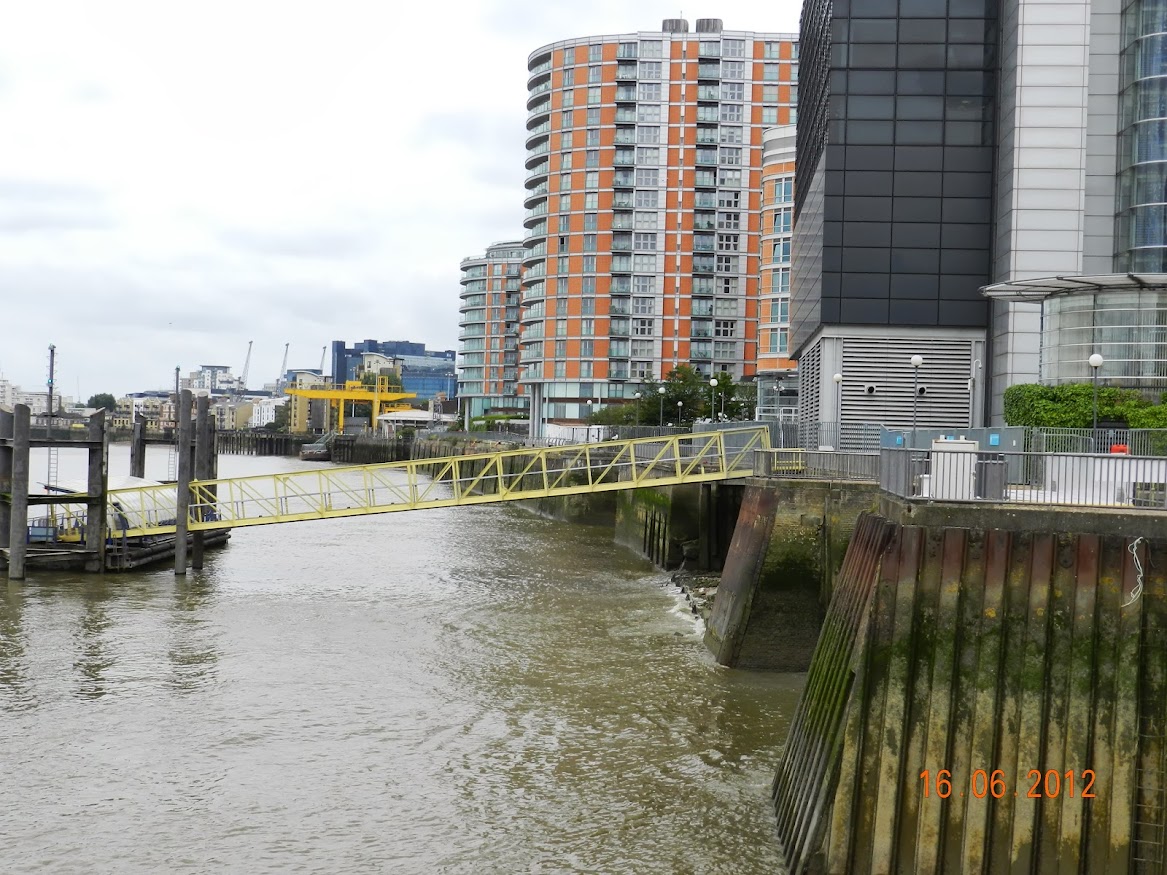 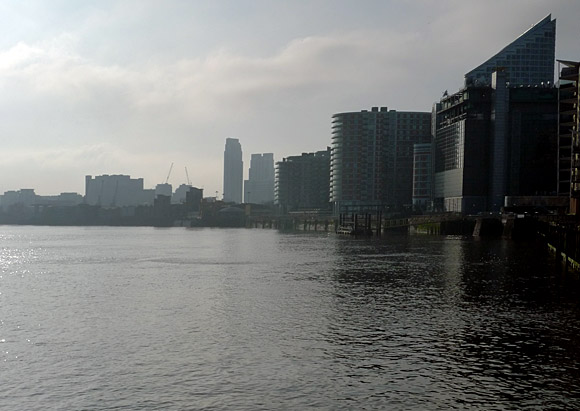 You are now standing on the Virginia Quay. The promenade, the park around and the new Admore housing project - all provide spectacular views of the Thames (south) and Greenwich in the distance, Canary Wharf (west) and East India Dock (east). 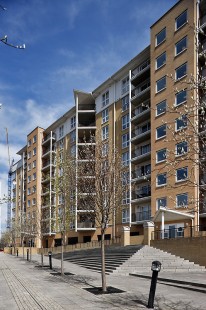 Looking across to the Greenwich Peninsula, with the iconic Millennium Dome dominating the scene: 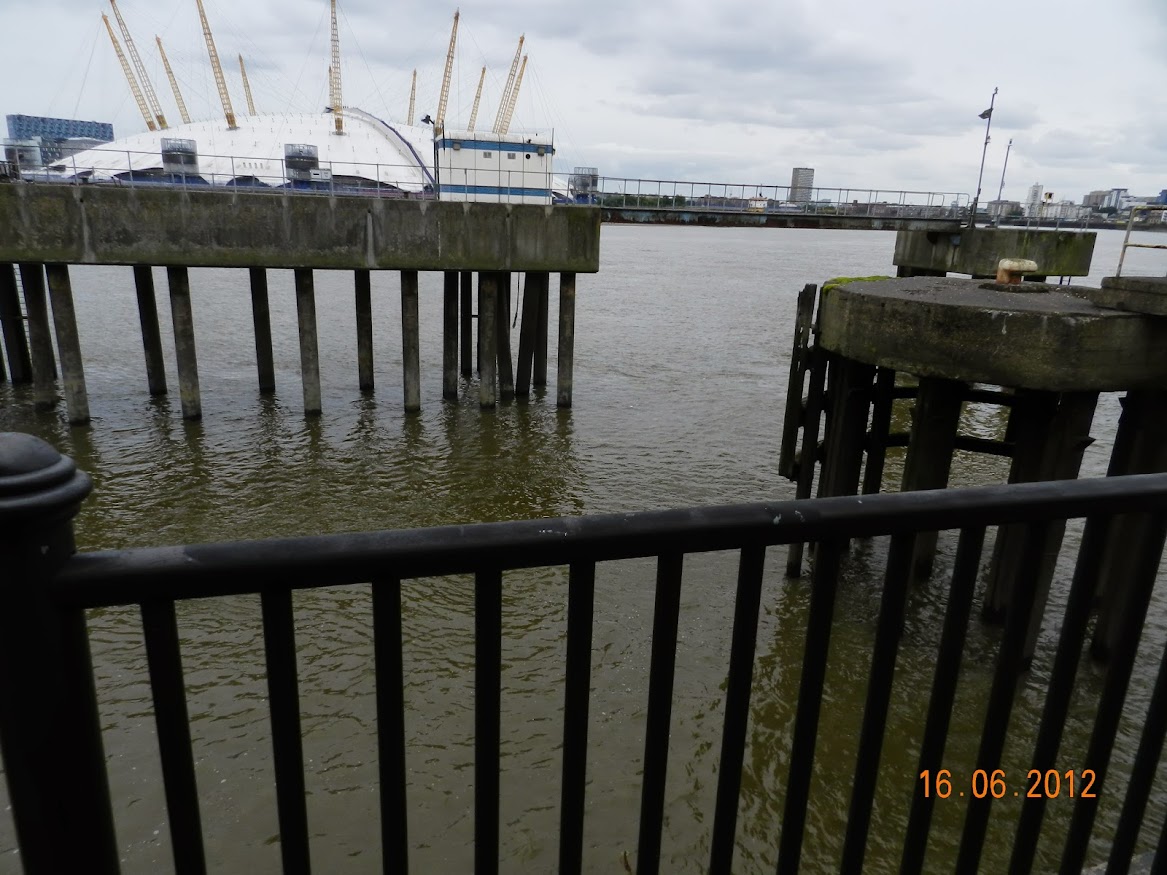 On the Thames bank stands the Virginia Settlers Statue memorizing the first emmigrants to America leaving the UK and settling in Virginia, USA: 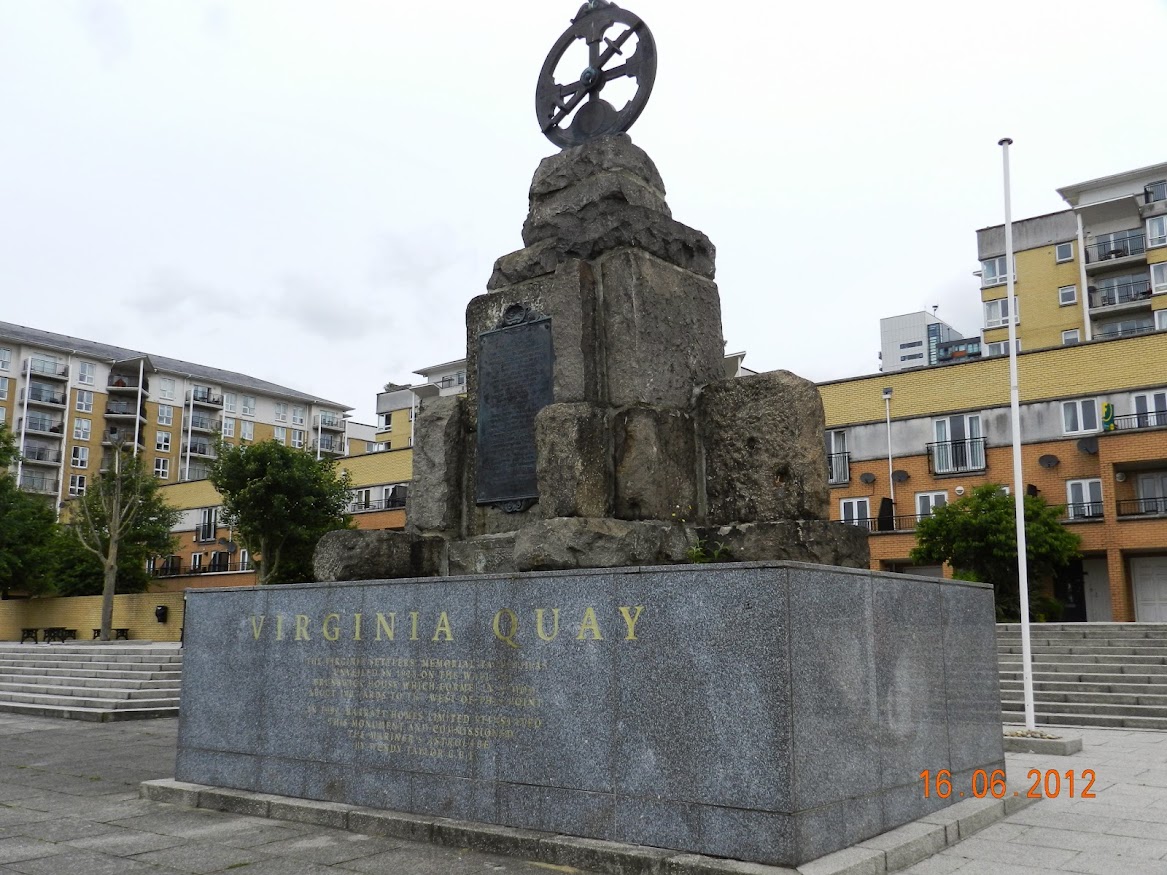 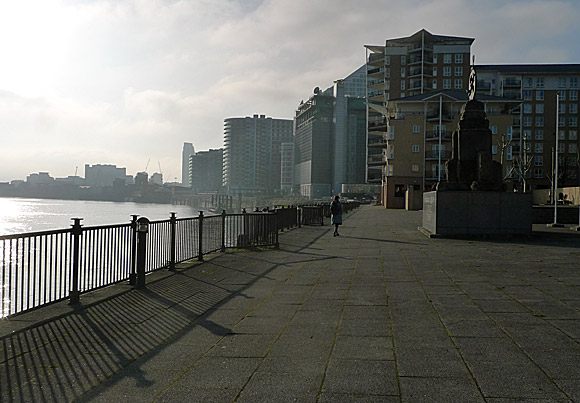 Walk along the Thames eastward passing (on your right) other newly built housing projects and the Giant Beacon statue: 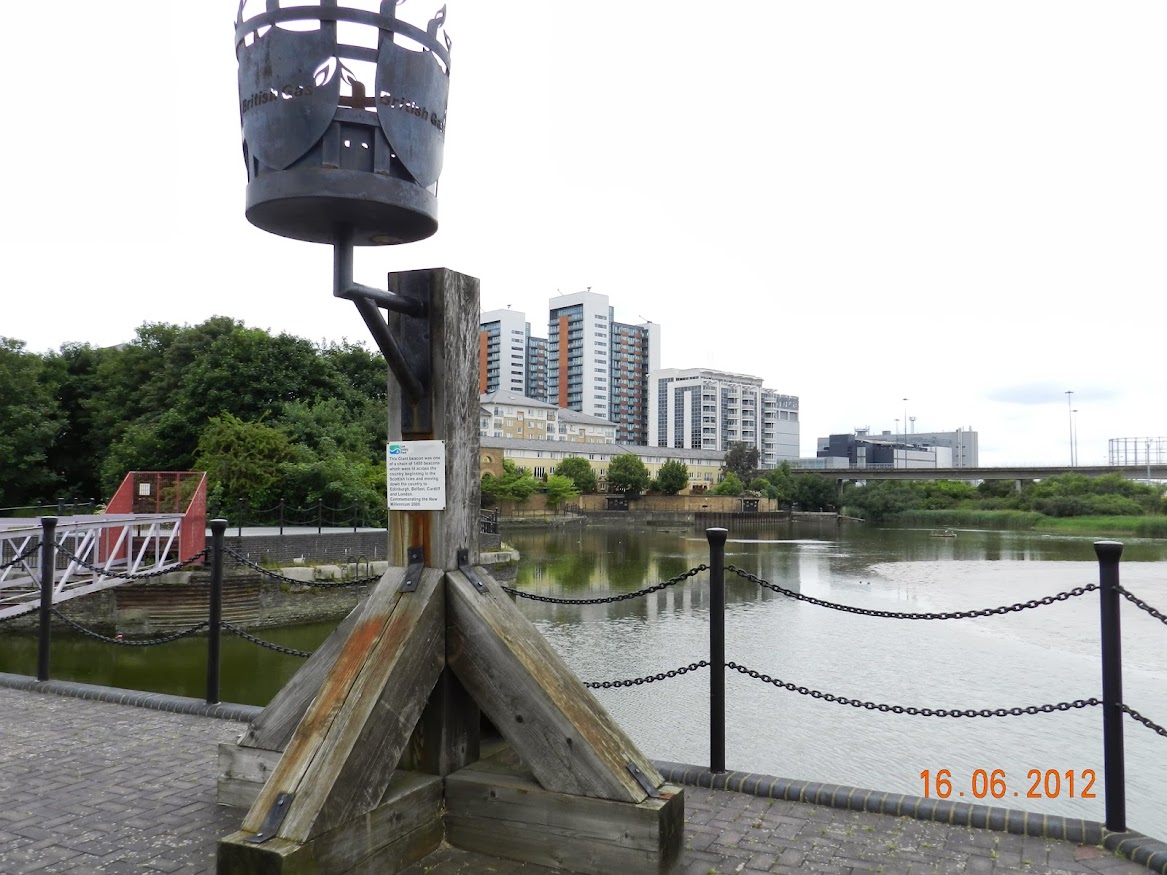 Go straight through the Salome Gates gate into East India Dock Basin (opening times – daylight hours).  East India Dock Basin is the last remaining section of the once grand East India Docks, famous for transporting spices from the Far East in the 1880s. It is used as a bird sanctuary, and has an information board that lists all the species that you might see. 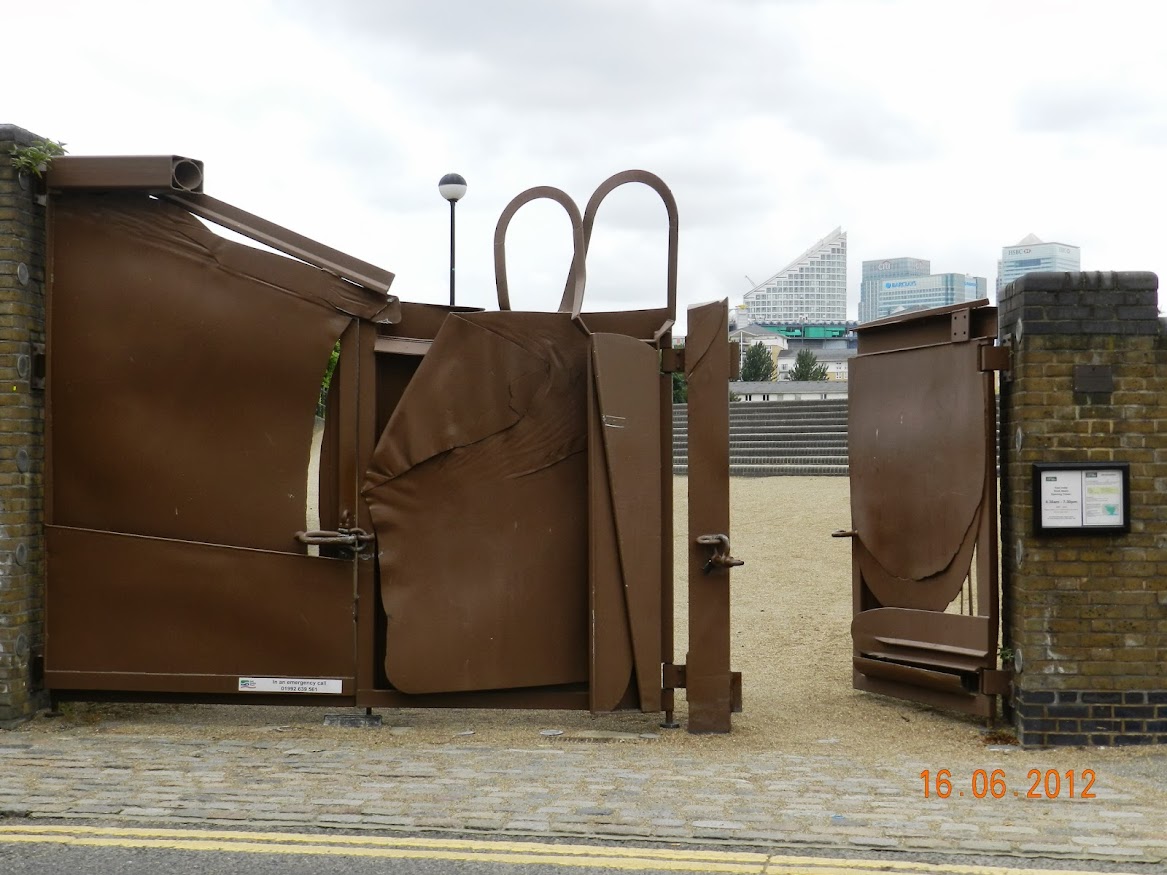 The Salome Gates were designed by Anthony Caro and designed to reflect the area’s history. 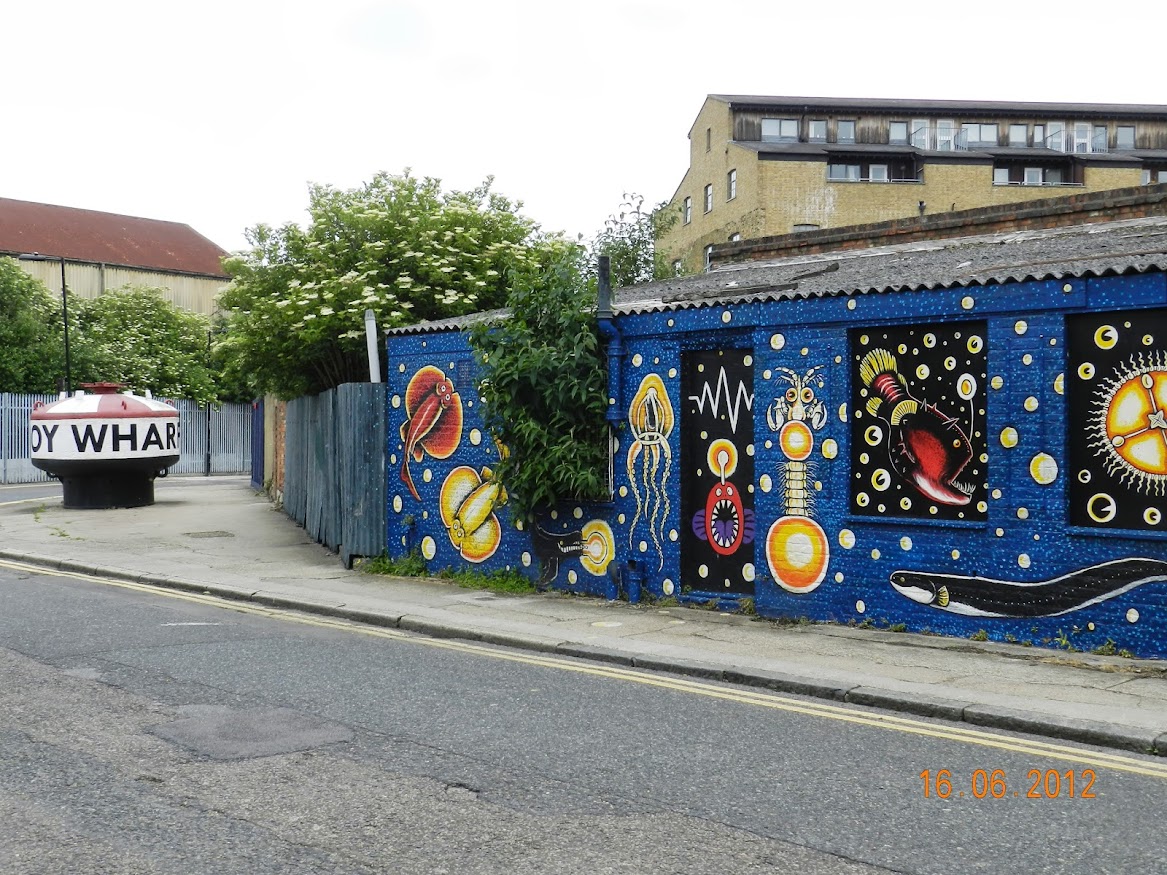 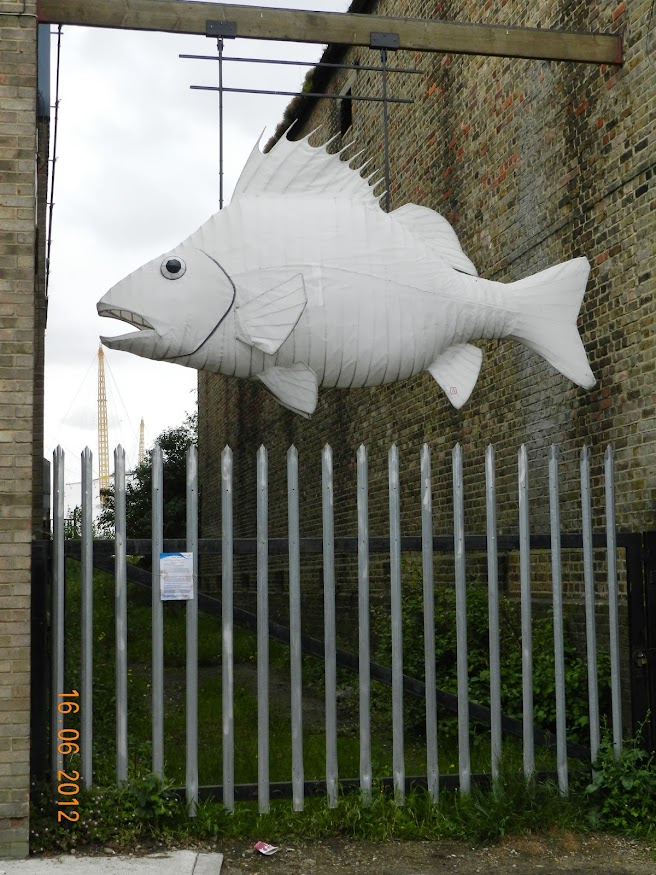 The site has been, and continues to be, developed as a centre of experimental arts and cultural activities. Take a stroll of 10-20 minutes and appreciate the variety of galleries, businesses and bars opened in this picturesque site. Much of the new accommodation on the site has been fashioned from old shipping containers. A free booklet describing the history of the site is available at the Visitor Centre which is open at weekends, 10am-4pm, and periodically during the week: 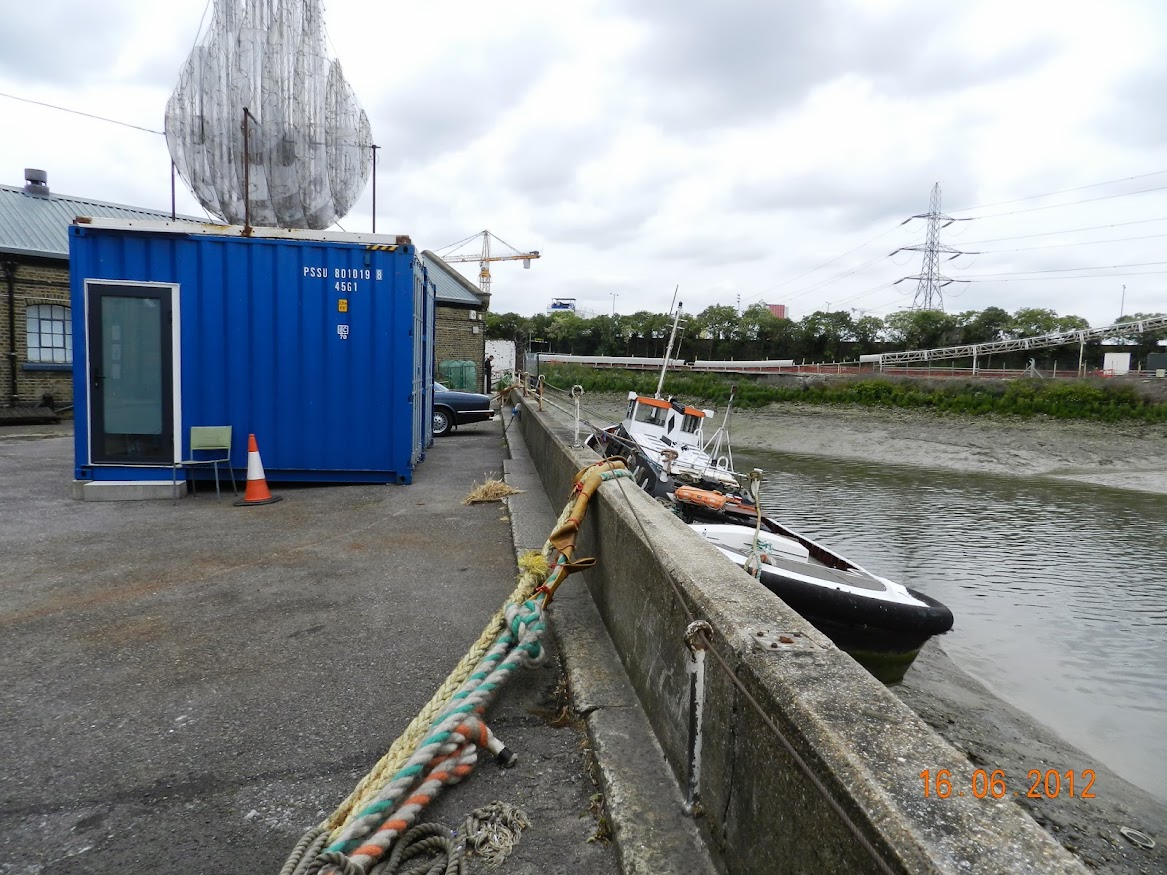 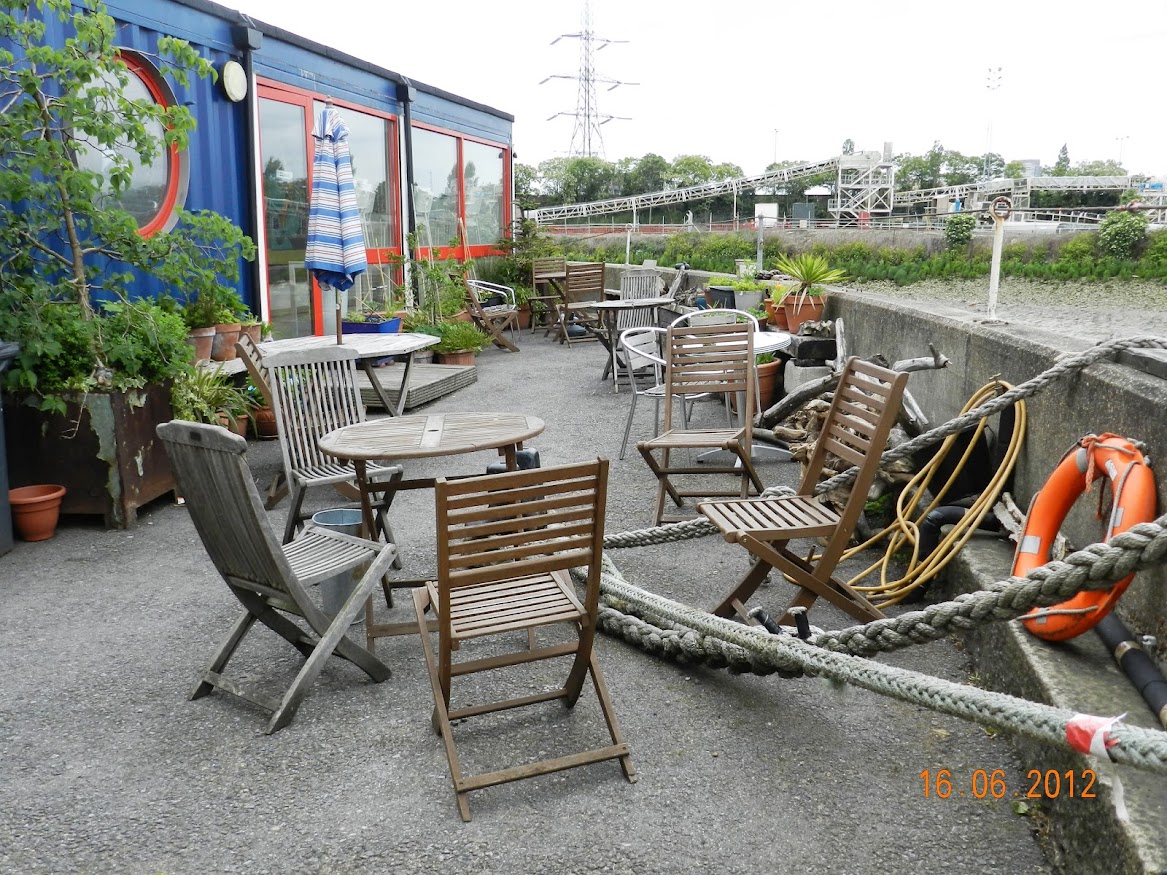 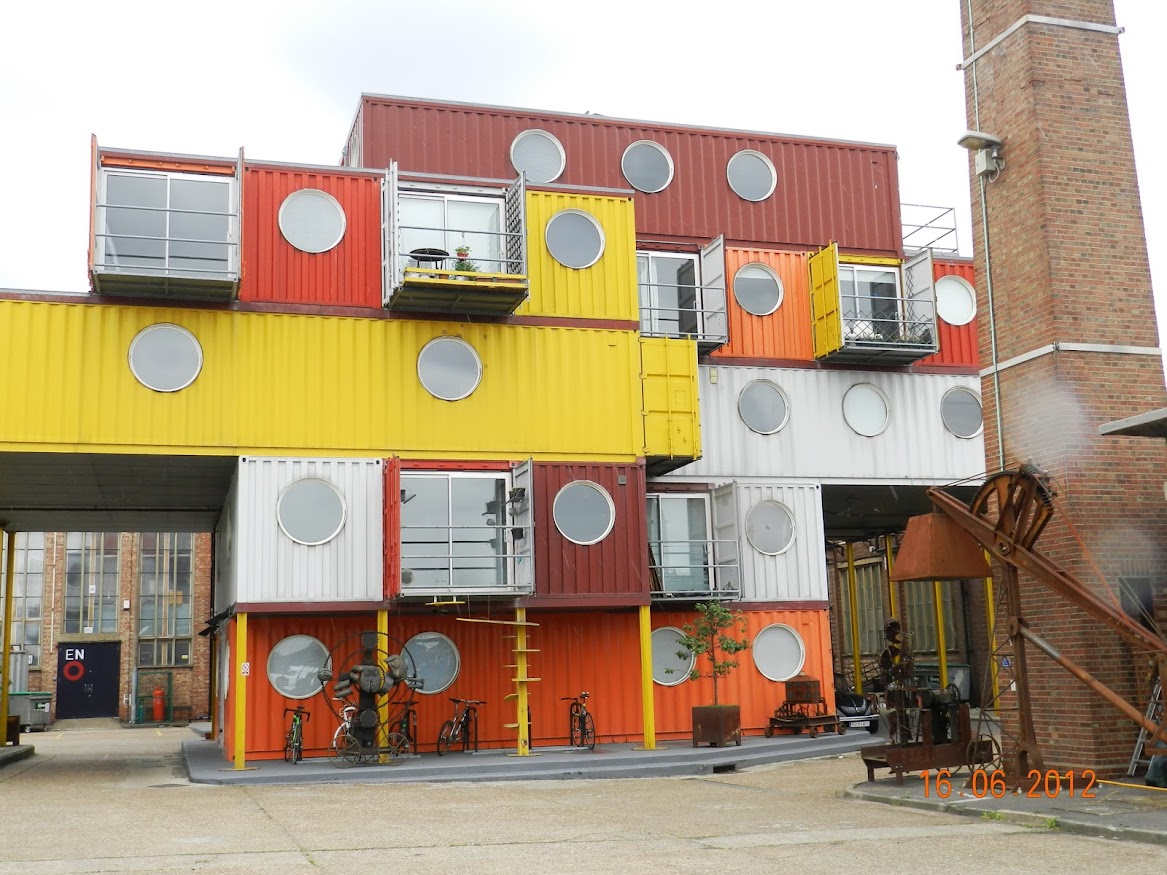 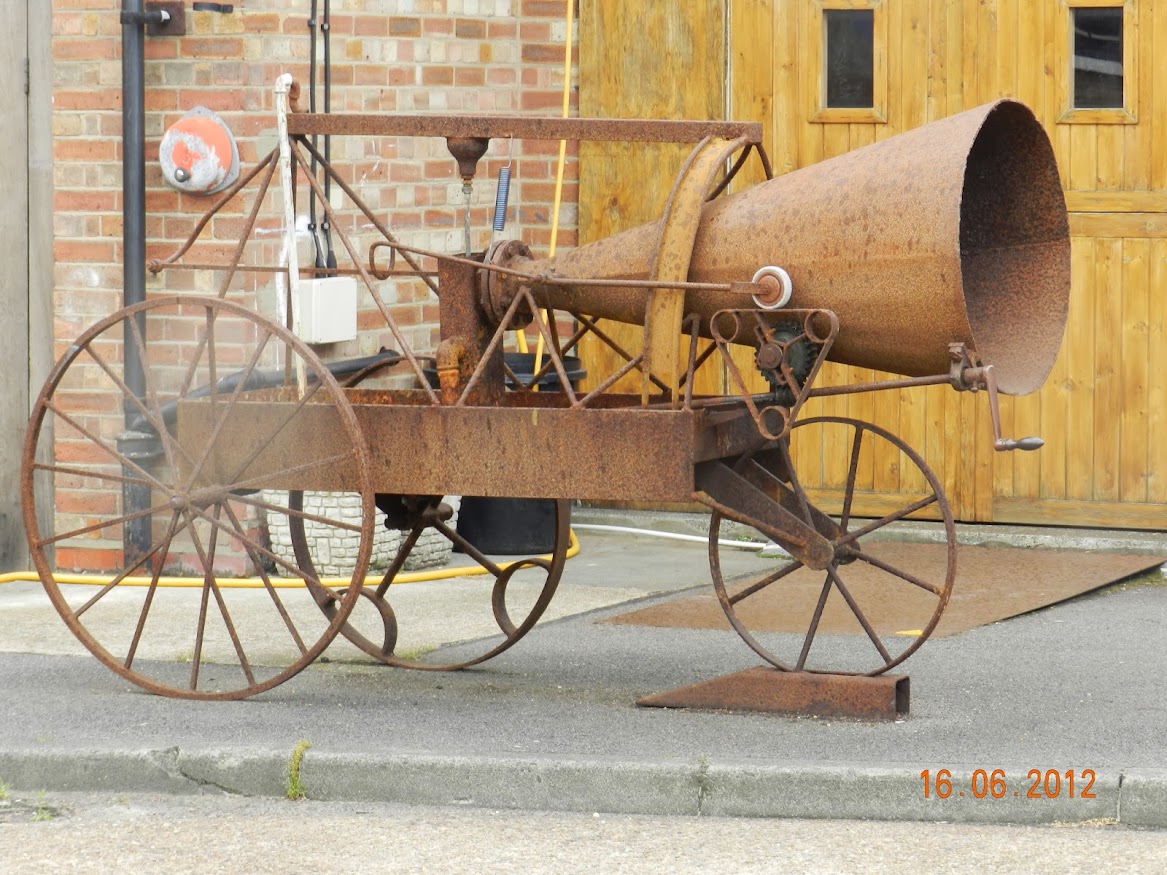 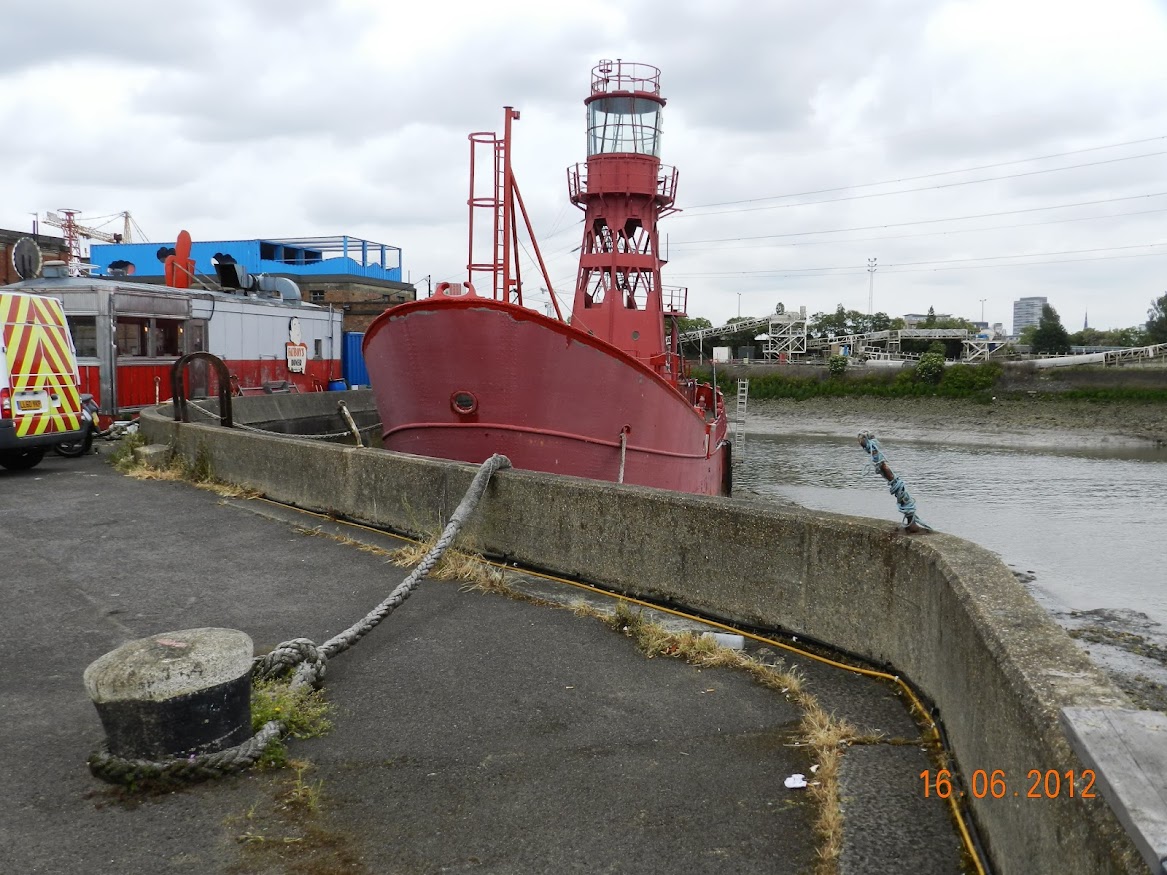 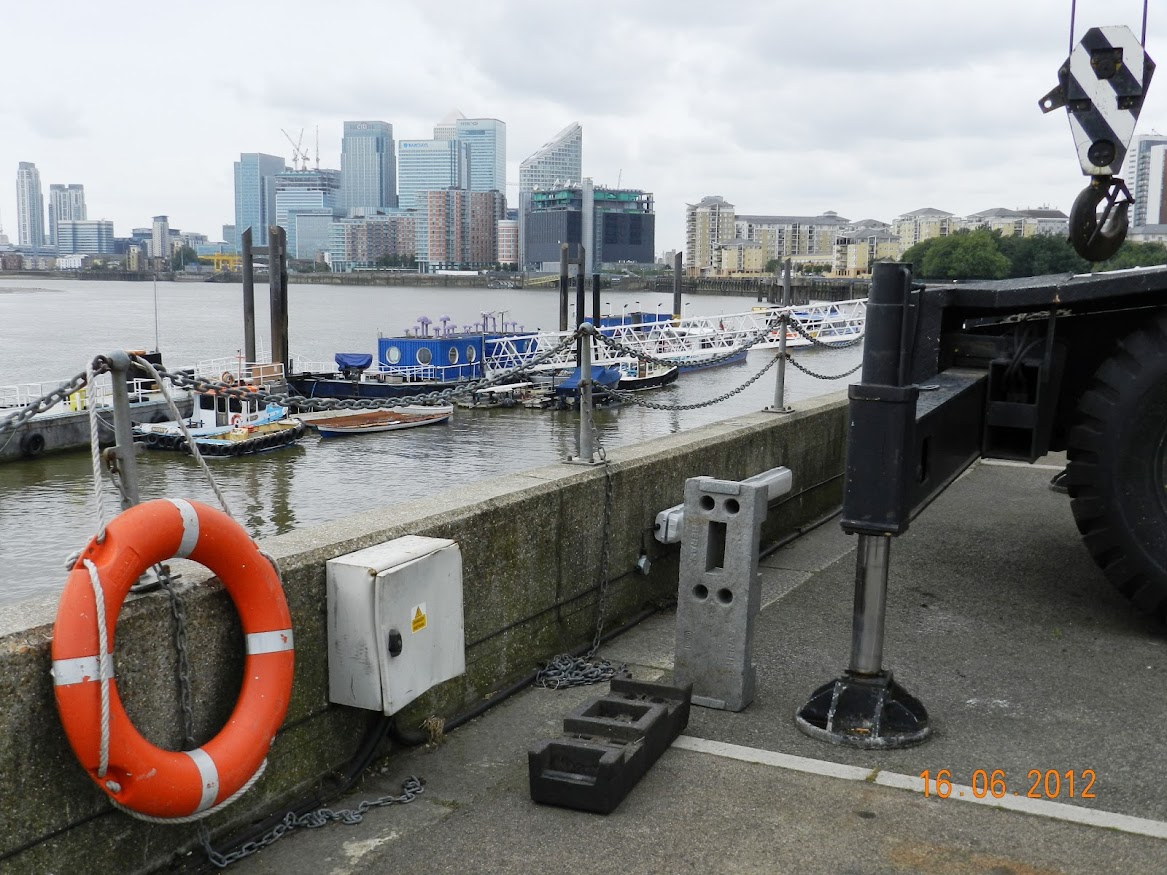 The Trinity Buoy Wharf has the only lighthouse in London (now defunct) which was used for experiments and for training lighthouse keepers. It is closed from year 1988, but reopened in 1996 as a centre for experimental and creative arts. A permanent exhibition or display is the Longplayer - 1000 years long musical composition - playing continuosly from the first moment of year 2000. Designed to play without repetition/interruption until the end of year 2999. The composer is Jem Finer. http//longplayer.org

Climb up the steps to the top of the Lighthouse. Stunning views. Do not miss !!! 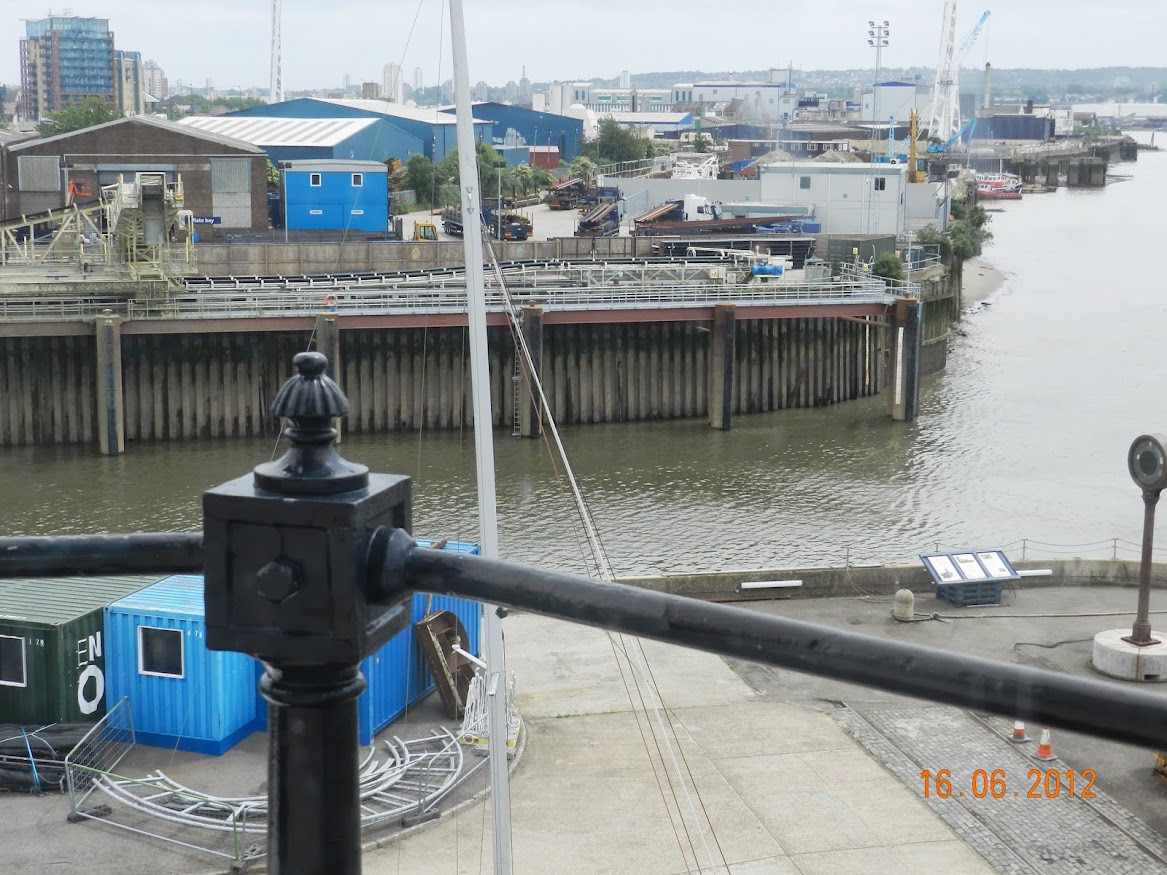 Walk towards the river and see the Thames Clipper Pier and the twin white humps of the David Beckham Football Academy opposite: 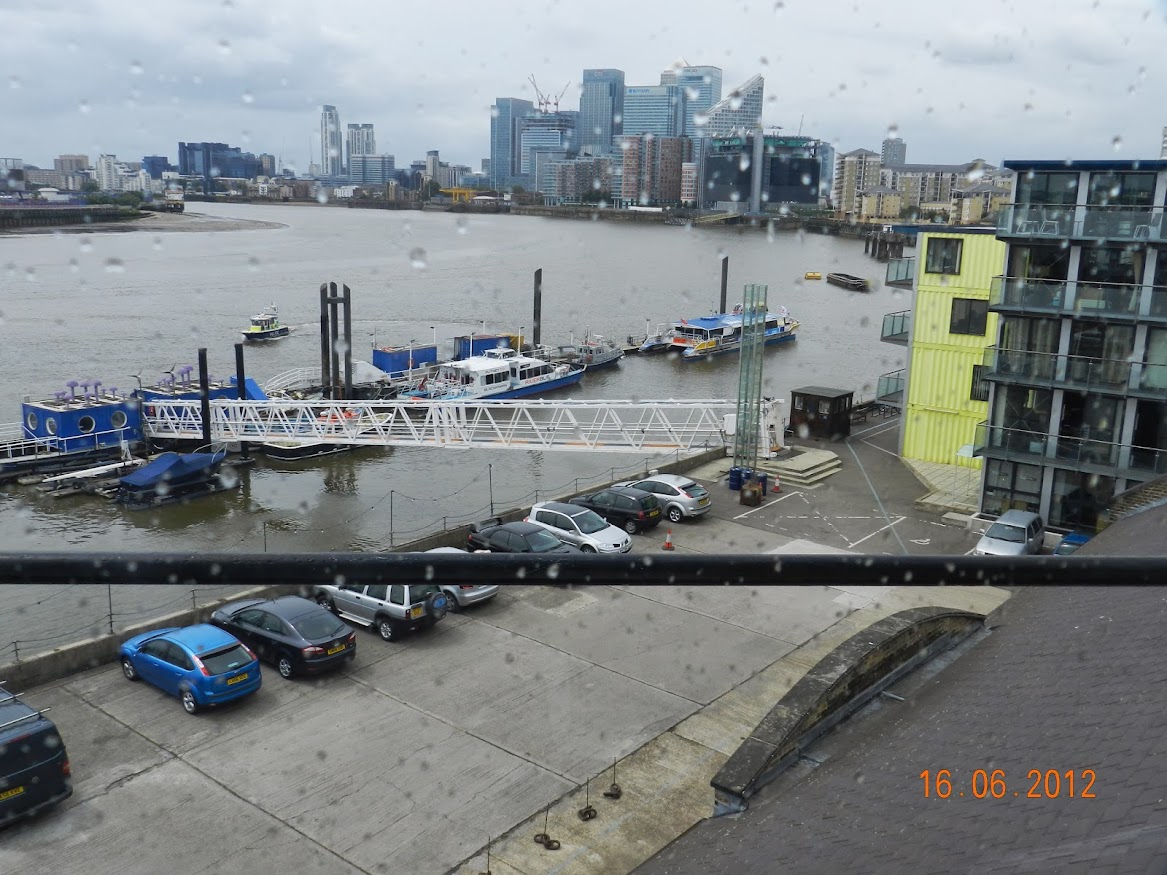 Leave Trinity Buoy Wharf through the main entrance and walk back along Orchard Place, following the bend to the right to the Salome Gate. Opposite the gate, cross the road to pass under the road bridge ahead to marvel at the “living wall” on the building. Retrace your steps and walk back under the bridge, cross back across the road and turn right up the slope. Continue along the pavement when you join the main road. There are good views of East India Dock Basin on the left.  Walk under the DLR bridge and turn left at the large roundabout following signs to East India DLR station. Cross the road just before mini roundabout, walking underneath the elevated section of the DLR. Follow line of railway to the station. On your way to East India DLR station appreciate the new built buildings/towers along Blackwell Way and Newport Avenue: 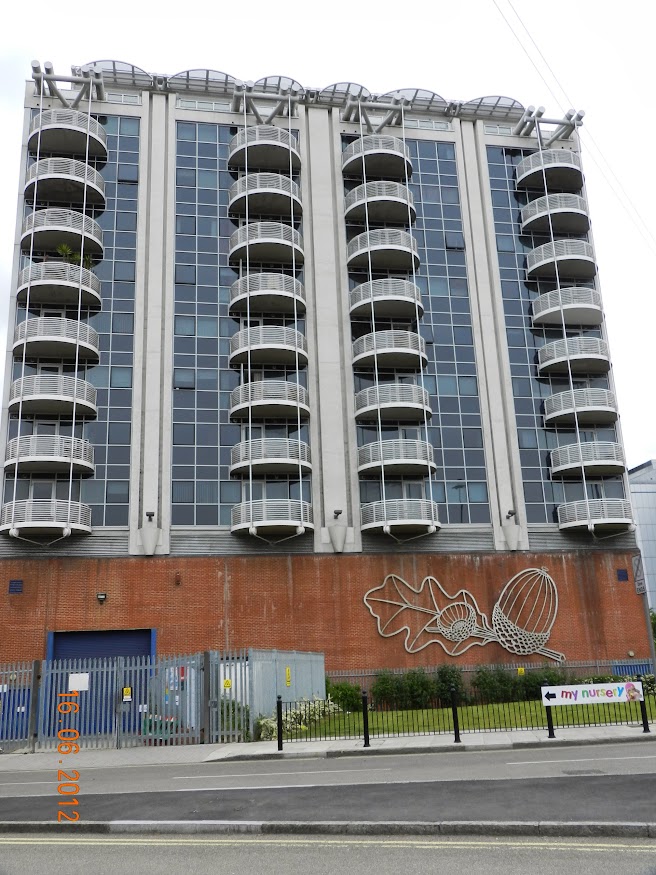 Before returning to East India DLR station - I recommend staying more 5-10 minutes on the bridge adjacent to the DLR station (glass fences) and looking down or to the east of the Tower Hamlets area (Blackwell Way): 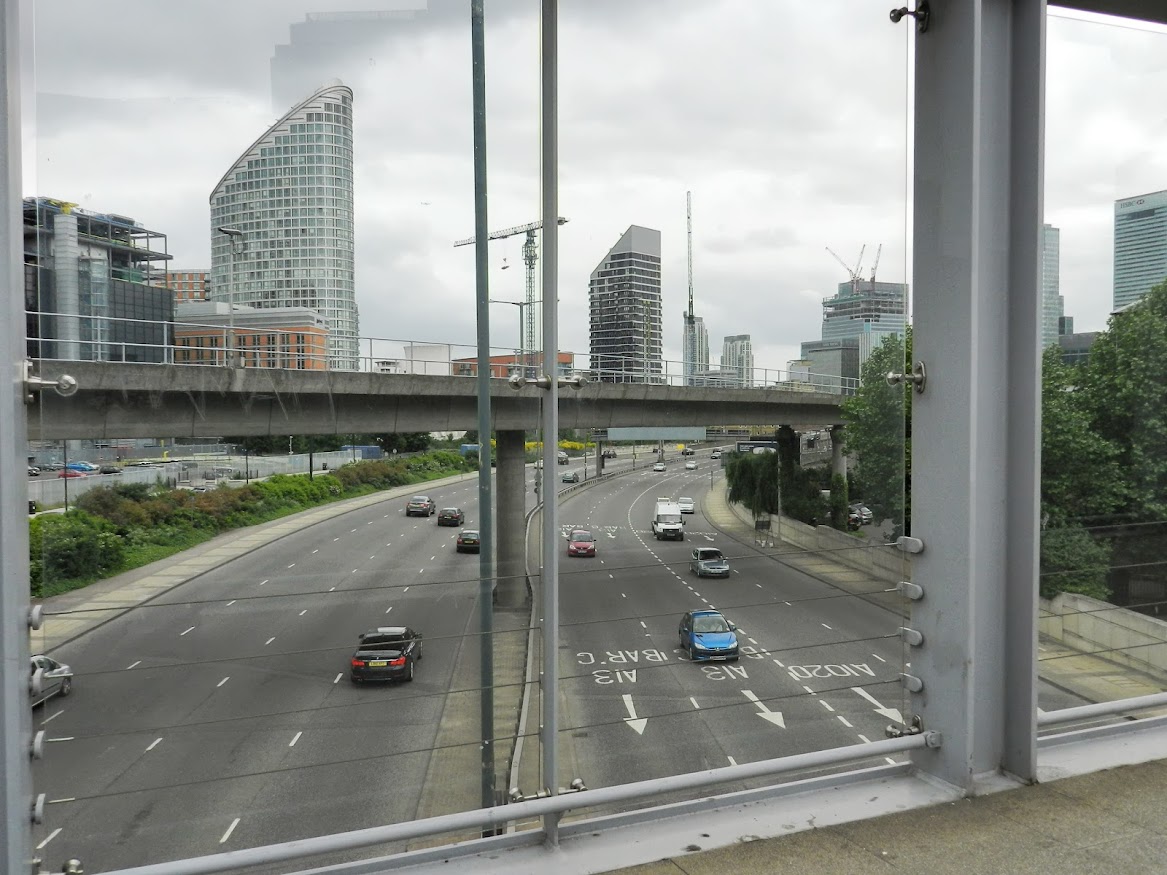