Not well publicized and not typical of the usual tourist destinations. Lambeth Palace is the official residence in London of the Lord Archbishop of Canterbury. Short-time, easy, uncrowded sites. Walking distance of Westminster Bridge,

From Lambeth North head southeast on Westminster Bridge Rd. Turn left onto Pearman St.  Continue northward in Pearman Street when the the impressive Perspective Building is on your left: 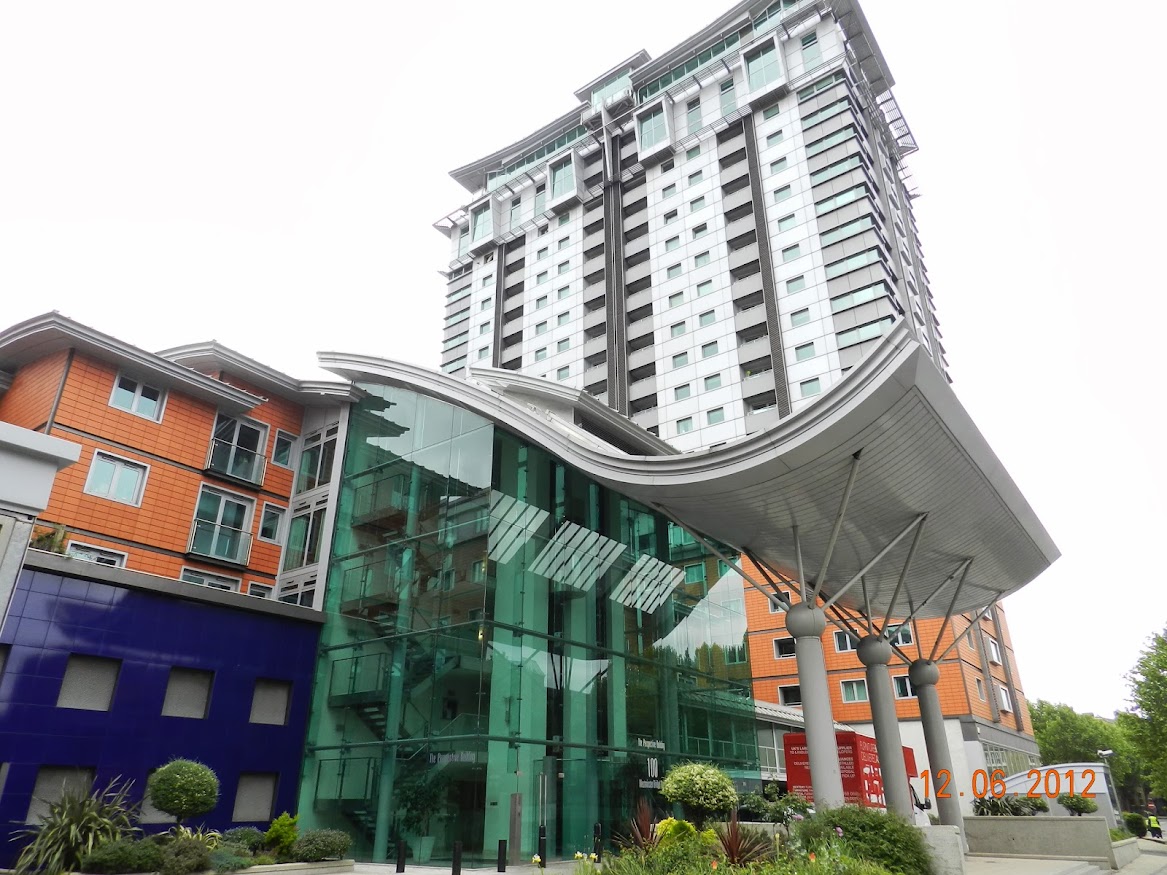 Cross Frazier Rd. and continue until Waterloo Rd (the Ambulance Service Headquarters is on yiur right). Turn left into Waterloo Road. Continue until the Baylis Rd. is on your left. Note the Old Vic theatre is on your right. The Old Vic is one of the best known and best loved theatres in the world. It is associated with the greatest acting talents that Britain has ever produced: Laurence Olivier, Peggy Ashcroft, John Gielgud and Ralph Richardson, Judi Dench, Maggie Smith, Albert Finney, and Peter O’Toole. This iconic building continues to attract the best creative actors from the UK and all over the world to tread its famous boards: 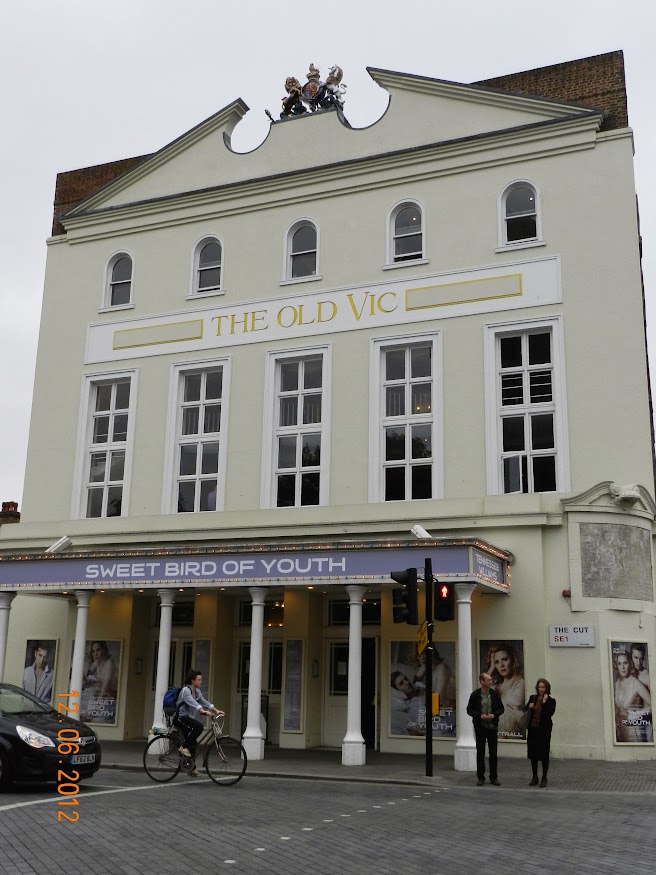 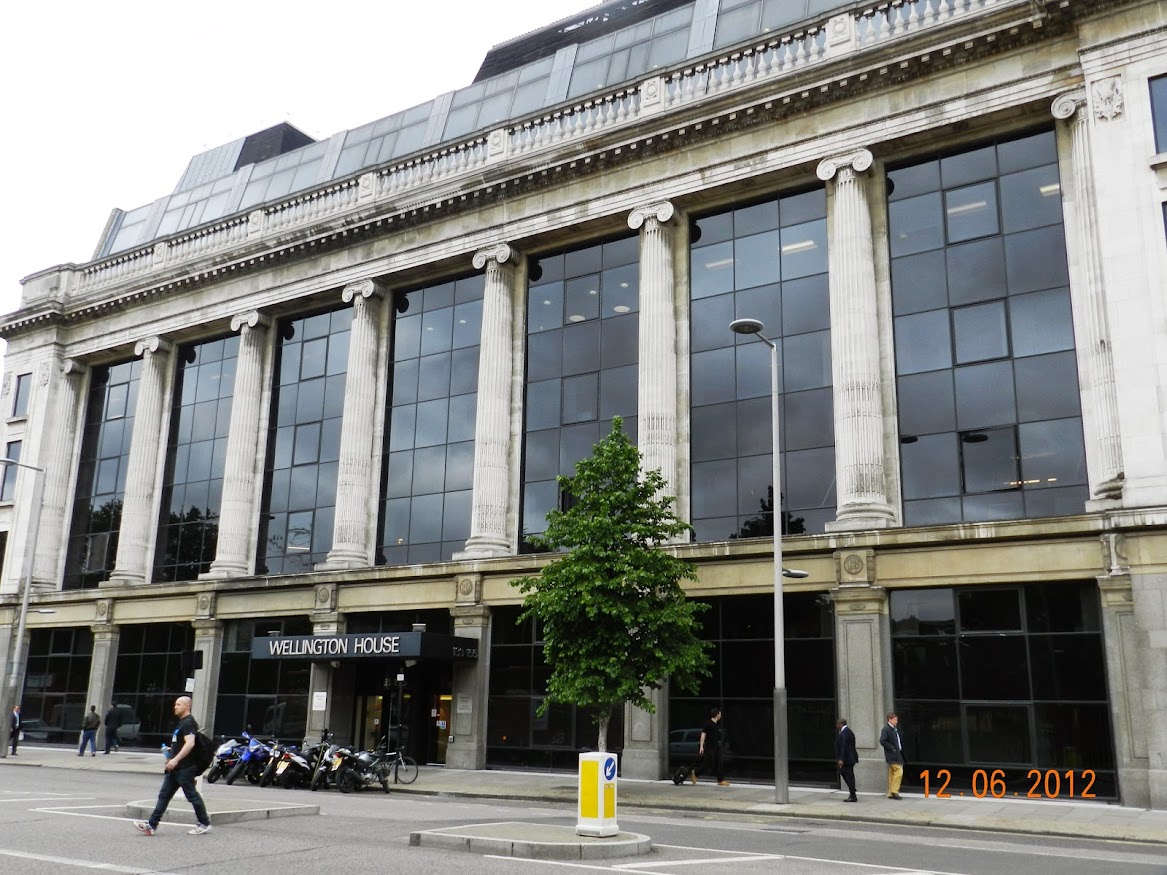 Turn left into Waterloo Millennium Green and follow the path, taking the left hand turning at a T junction. Cross over a wooden bridge and exit the green, turning right next to the Duke of Sussex Public House. Turn immediately left next to the Pub into Baylis Road and head for the Zebra crossing. Cross Baylis Road using the zebra crossing and turn left and then immediately right into Frazier Street. Walk up Frazier Street for a short while and cross into Murphy Street just before the ‘Controlled Zone’ sign. Take care, there is no safe crossing here. Walk on the right-hand side of Murphy Street where the pavement is wider. You will be able to see the London Eye in the distance. Follow Murphy Street as it turns to the left to re-join Baylis Street. Turn right into Baylis Street, then walk to the end of the road to come out opposite the Lambeth North branch of NatWest on Westminster Bridge Road. Cross Westminster Bridge Road using the controlled crossing and turn left and immediately right into Hercules Road. Behind you is, again, Lambeth North Underground Station opened on the 10 March 1906 as Kennington Road, the original terminus of the Bakerloo Line. Walk along Hercules Road, admiring the nice properties on the right, and take the third turning on the right, Virgil Street. This takes you under the main Waterloo Railway and brings you out opposite Archbishop’s Park. Cross Carlisle Lane and enter the park through the gate. Turn left and walk along the avenue of plane trees, past the Children’s playground and clay football pitch on your right: 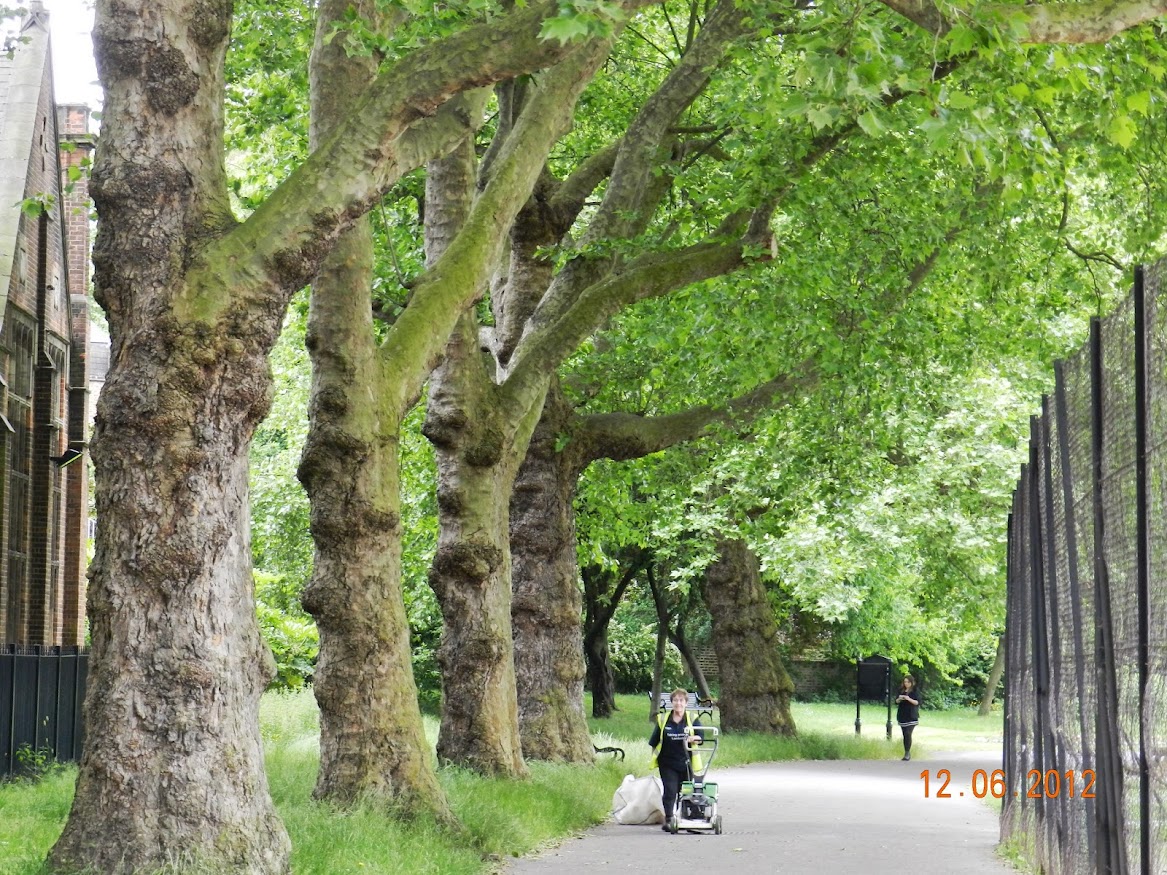 From this vantage point, you will be able to see the Palace of Westminster, better known as the Houses of Parliament. The Palace contains around 1,100 rooms, 100 staircases and 3 miles of corridors. Although the building mainly dates from the 19th century, remaining elements of the original historic buildings include, Westminster Hall used today for major ceremonial events, and the Jewel Tower. Shortly past the end of the football pitch, you will come to a Y fork in the path. Take the right hand route and immediately turn right down the Lambeth Millennium Path. This path is decorated with plaques which commemorate famous people and events in Lambeth. As you walk along the Millennium Path, you will be able to see Lambeth Palace the London home of the Archbishop of Canterbury.

At the end of the Millennium Path, turn right and walk past the other side of the football pitch heading for the corner of the park. You will pass toilets on your left as well as St Thomas’ Hospital. Where the path turns to the left to exit the park, you will see a dirt track on the right. Follow this path alongside the Tennis Courts and exit the park the way you came in.

On exiting, turn left and walk along Carlisle Lane. Head for the tunnel in front of you, crossing Royal Street and Carlisle Lane to gain access to the footpath underneath the railway. Walk under the railway bridge and when you reach the other side, you will be opposite Lower Marsh, with the Walrus bar across the road on the left hand side. Cross into Lower Marsh using the controlled crossing, keeping to the right hand side of Lower Marsh.

Lower Marsh is so named because it lies on the site of the ancient Lambeth Marsh which first appeared in historical records in 1377. This historic street has operated as a street market and centre for local shopping since the mid-19th century. In 1984 Lambeth Council designated Lower Marsh and its immediate surroundings a conservation area in recognition of its special character.

After passing the Iceland store on your left, turn right into Frazier Street, follow Frazier Street crossing Baylis Road until you reach Pearman Street. Continue and turn left to Westminster Bridge Rd. and back to Lambeth North station.