Buckingham Palace - Changing of the Guard.

Changing of the Guard is one of the most amazing displays of royal tradition. No-one does the pomp and ceremony as well as the British do.

The handover is accompanied by a Guards band. The music played ranges from traditional military marches to songs from films and musicals and even familiar pop songs. The St James's Palace Old (changed) Guard marches up The Mall to Buckingham Palace, accompanied by a Band or Corps of Drums, around 11:15am and enters the south gate. The New (changing) Guard marches from Wellington barracks (200 metres south) accompanied by a Band, and enters the north gate. After the 30-45 minutes ceremony, the Old Guard with band marches out the central gate and back to Wellington Barracks. Then the St. James's Palace New Guard marches out the central gate, as well, and up the Mall. Bear in mind these routes - if you want to get a view of the guards when the palace gates and fences are too packed...

Important Tips: The guards come in three different sessions. Much of the crowd leaves after the first group marches. It is much easier to see the second group about 10 minutes later (the band) and then later to see the third group (the mounted group). There is a changing at night time too which requires tickets. Stand at the Victoria Monument for the best view (this turns out to be a very good thing because as the horses and guards approach and depart yiu are able to walk the platform around the monument to see both events for some terrific photo ops and hear the bands, or stand in the middle around the fountain (for arrivals and departures of the Guards and Bands and a fence-obscured view of the ceremony) or immediately behind one of the gates (for the 30 minute ceremony). If it is too busy - you can snap pictures as the guards return home. Birdcage walk in St. James Park may be a fantastic location for Guards and Band arriving and returning from the ceremony. Protect your valuables as pick-pockets are everywhere.

Many thousands of people come out to watch. Crowds in front of Buckingham Palace are huge except in freezing weather. It's impossible to get any reasonable view unless you arrive at Buckingham Palace at least 60-90 minutes before the changing of the guard begins. Sometimes, getting there an hour ahead of time, is not enough. People push and shove to try and see. Realistically, unless you are in the very front row - don't expect to see much. iPads and phones are blocking everyone's view. During the event itself - not much happens. Waiting to the Guards and gathering with all this loads of people around the front square of the Palace is really an interesting experience as well... 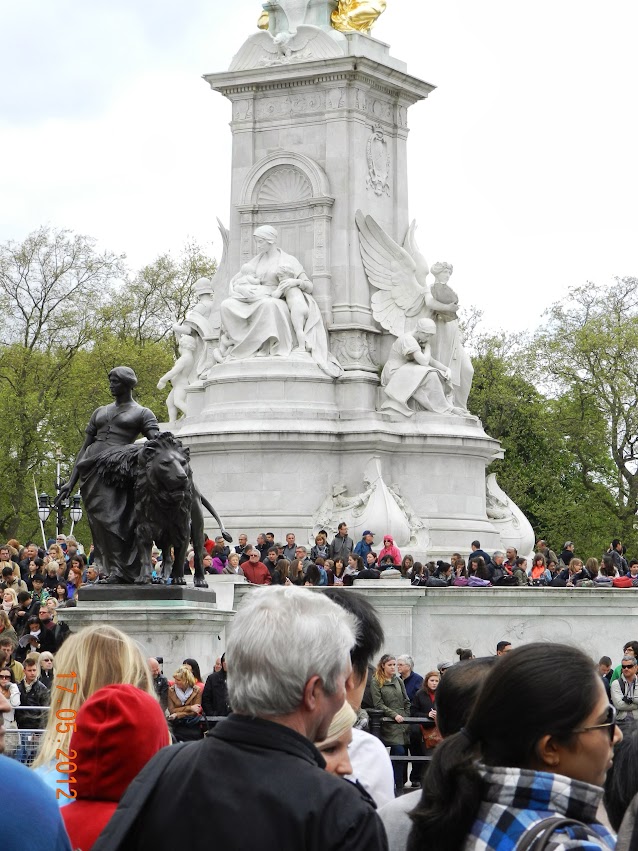 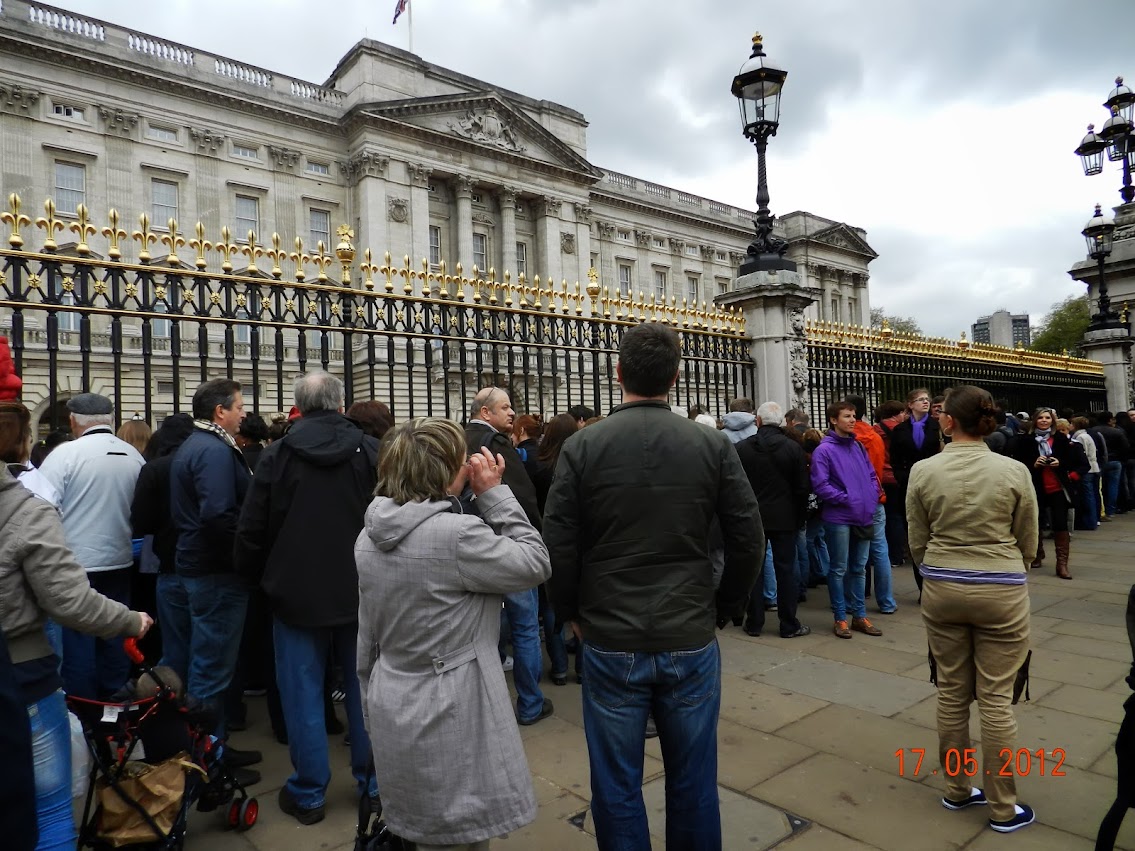 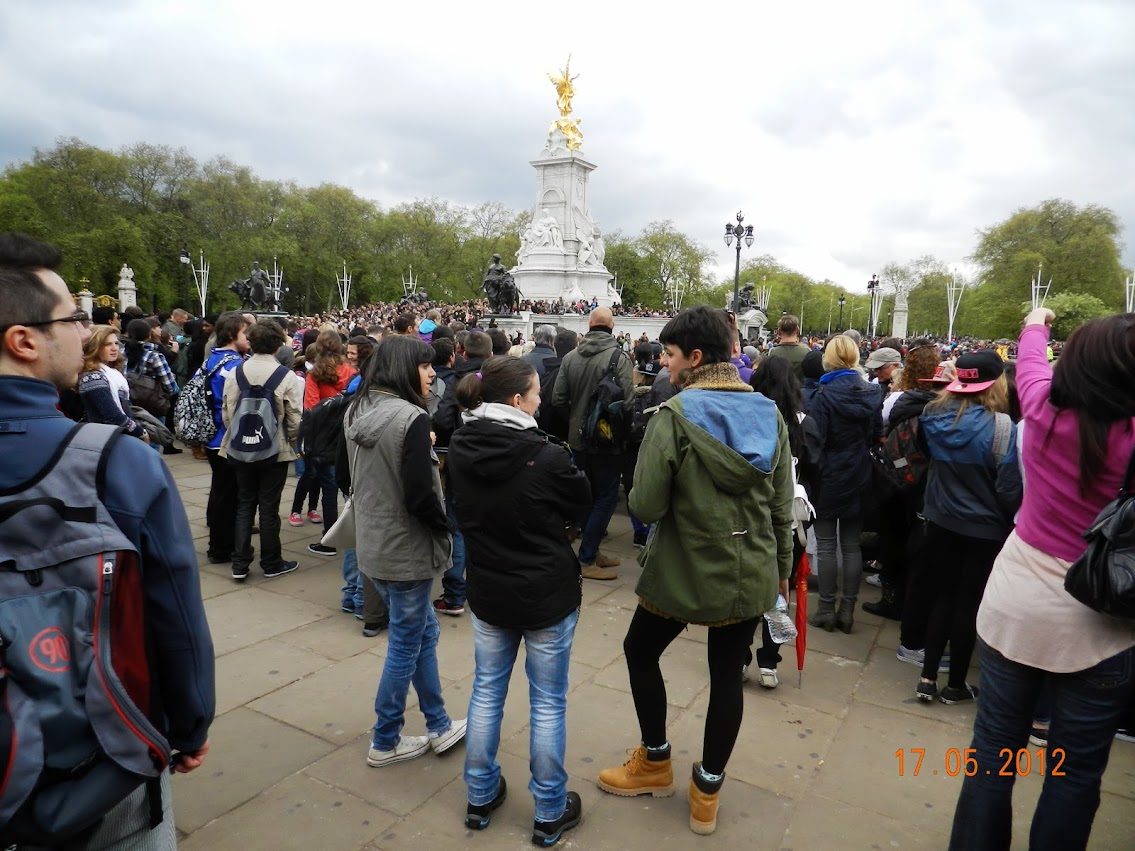 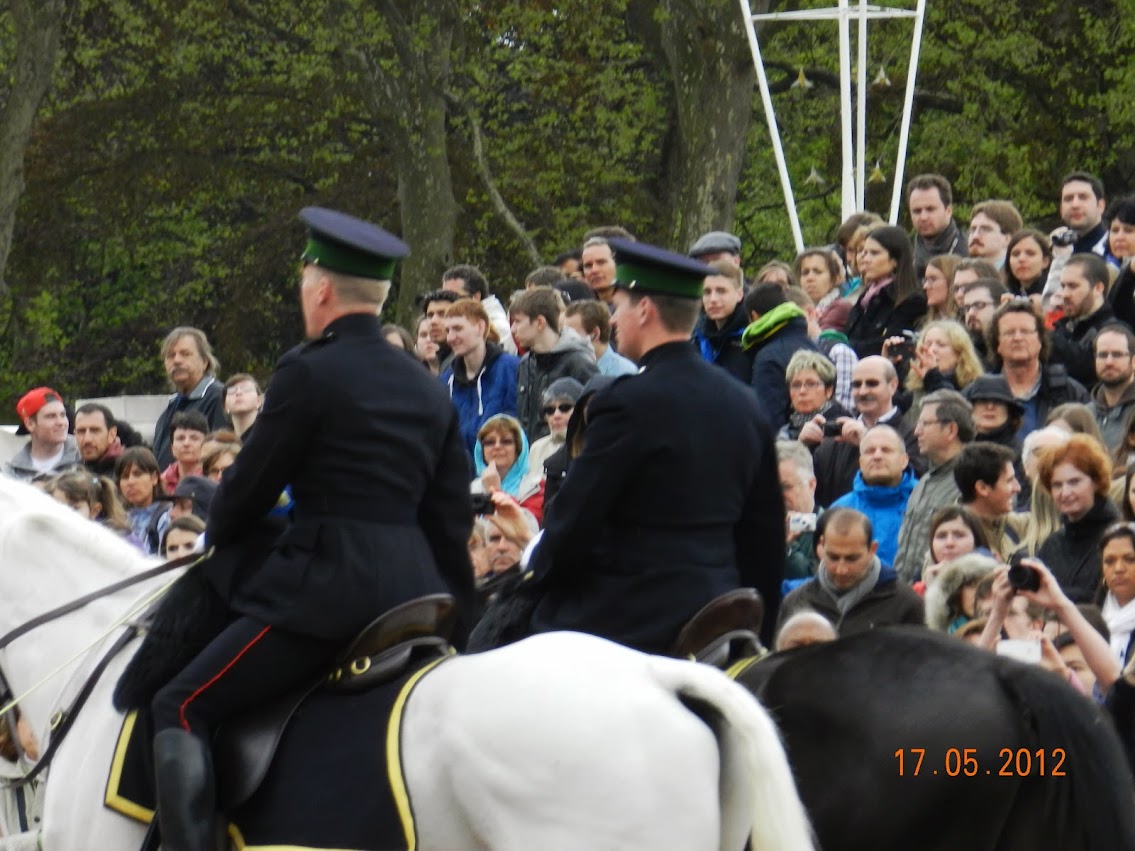 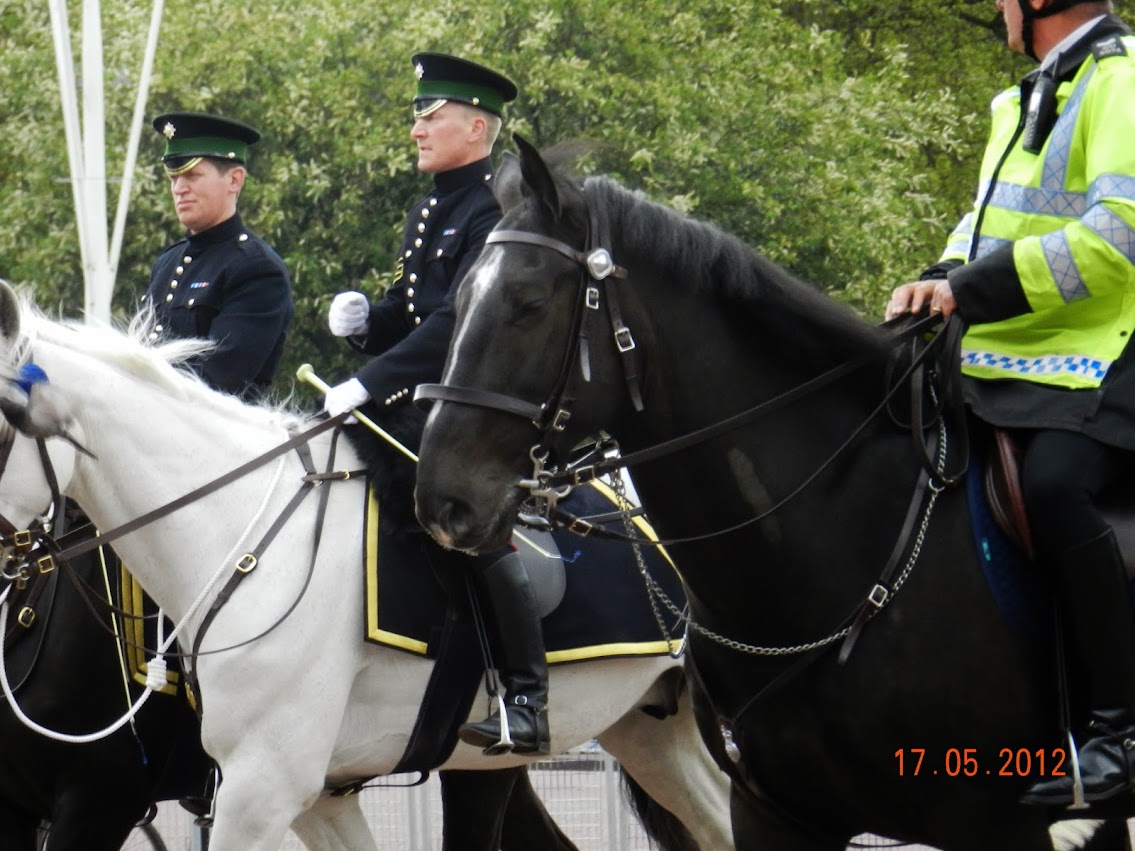 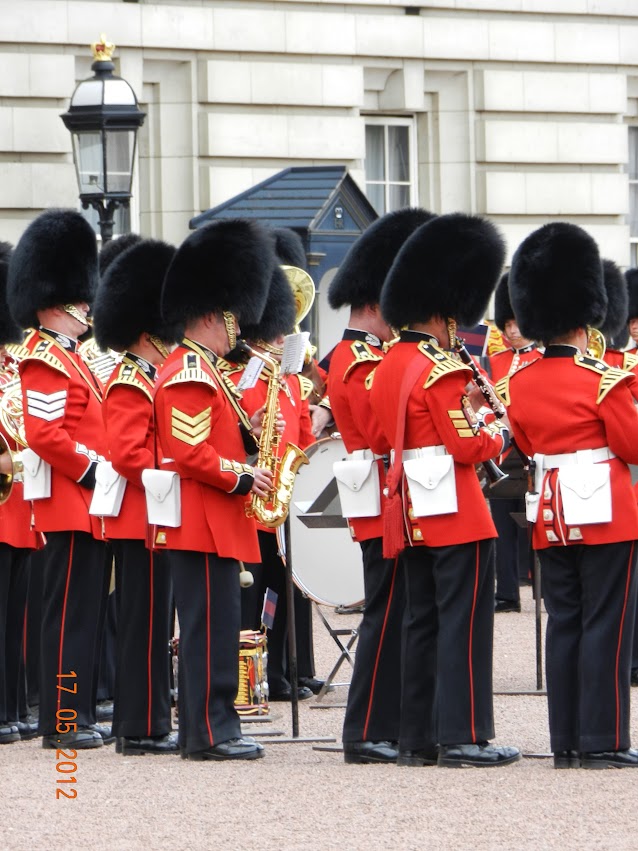 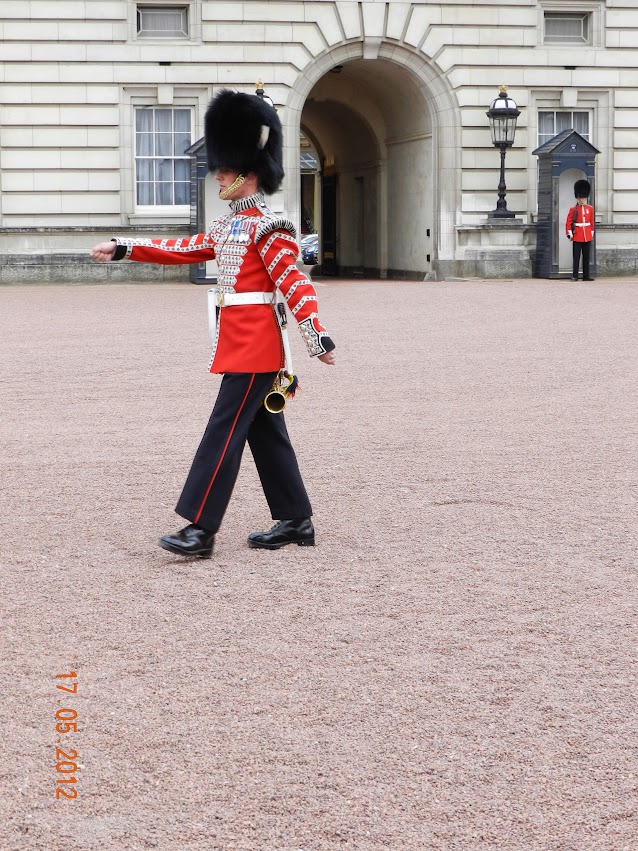 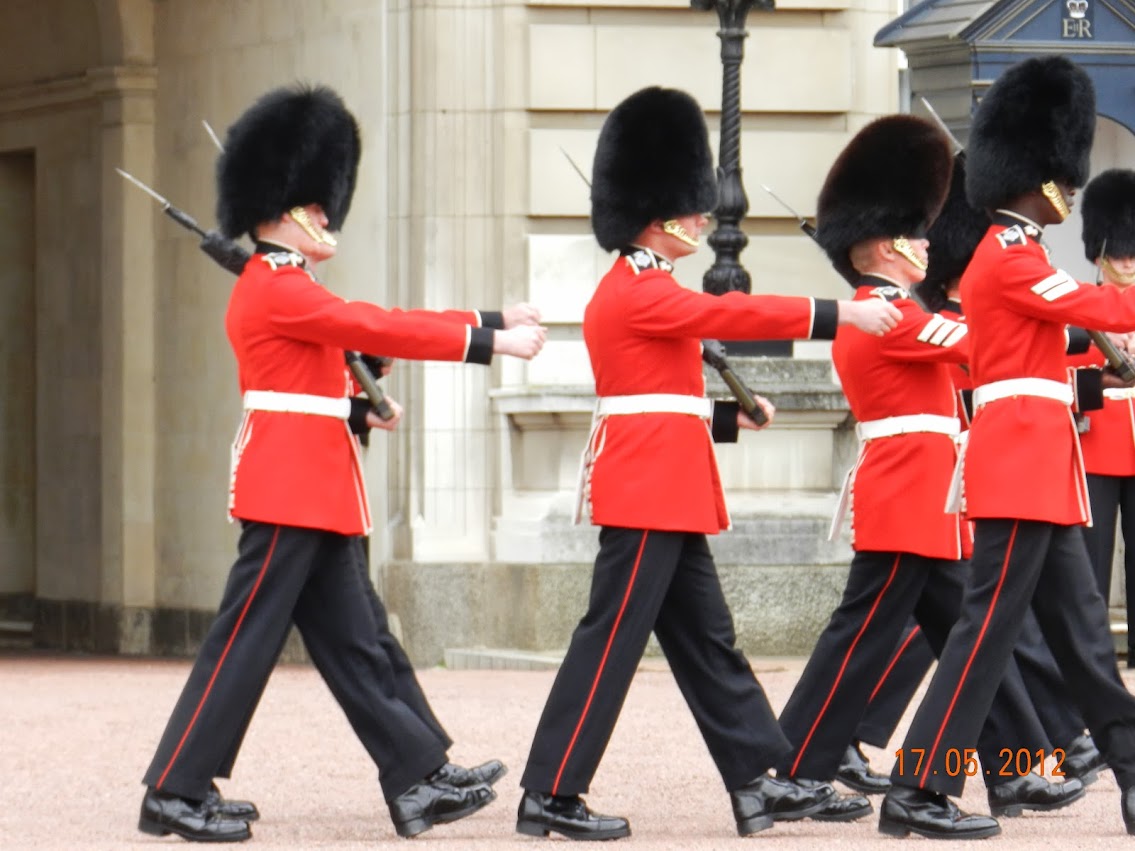 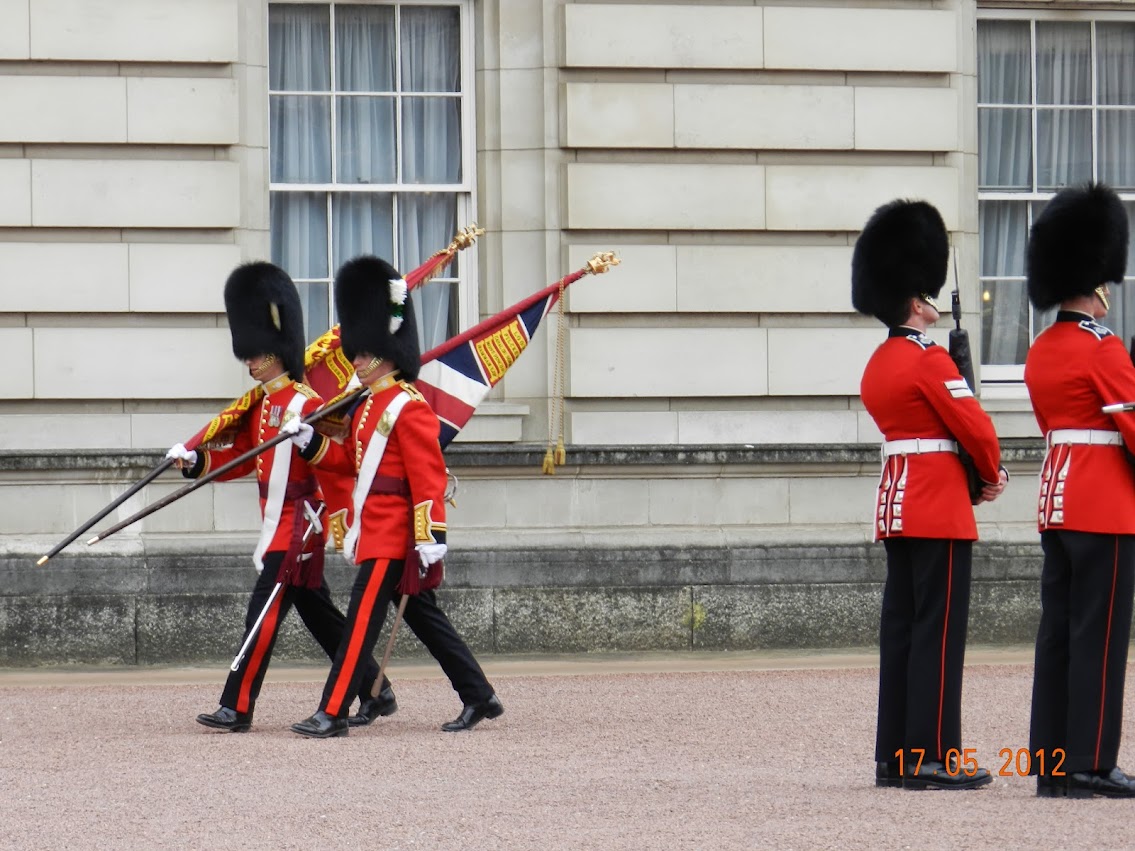 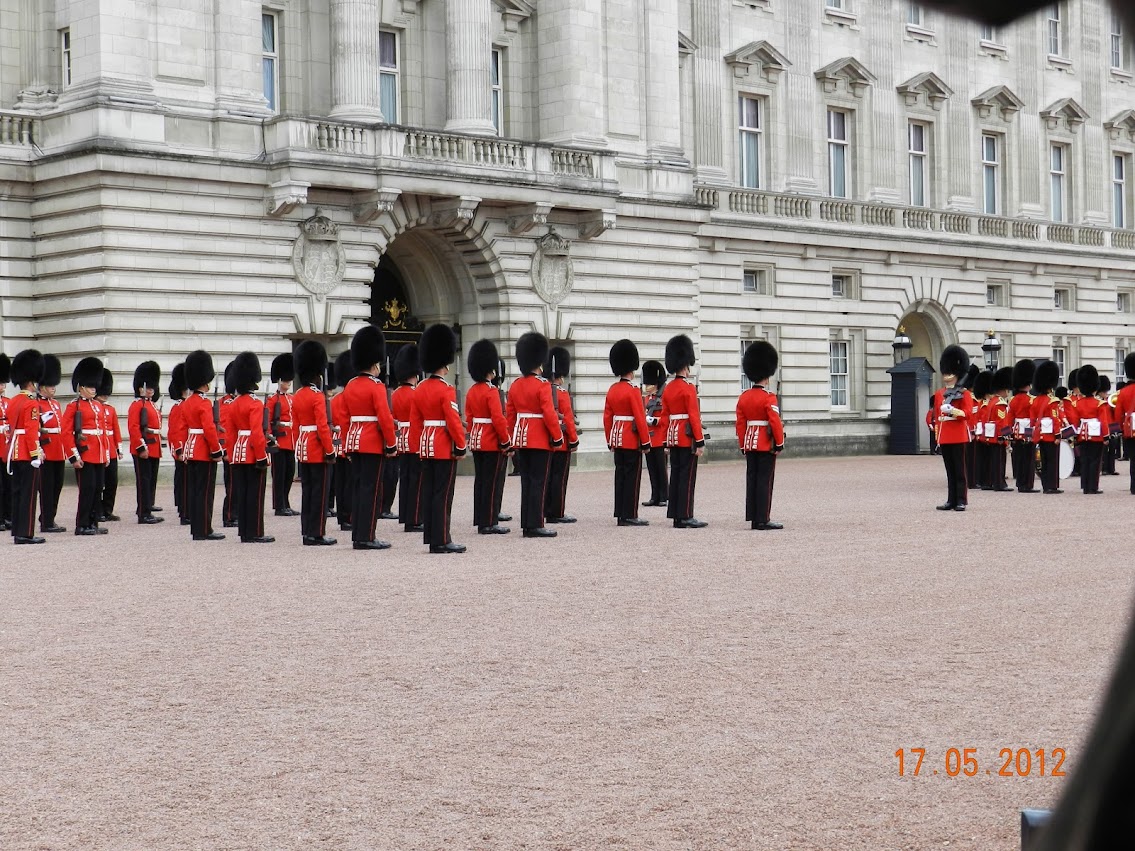 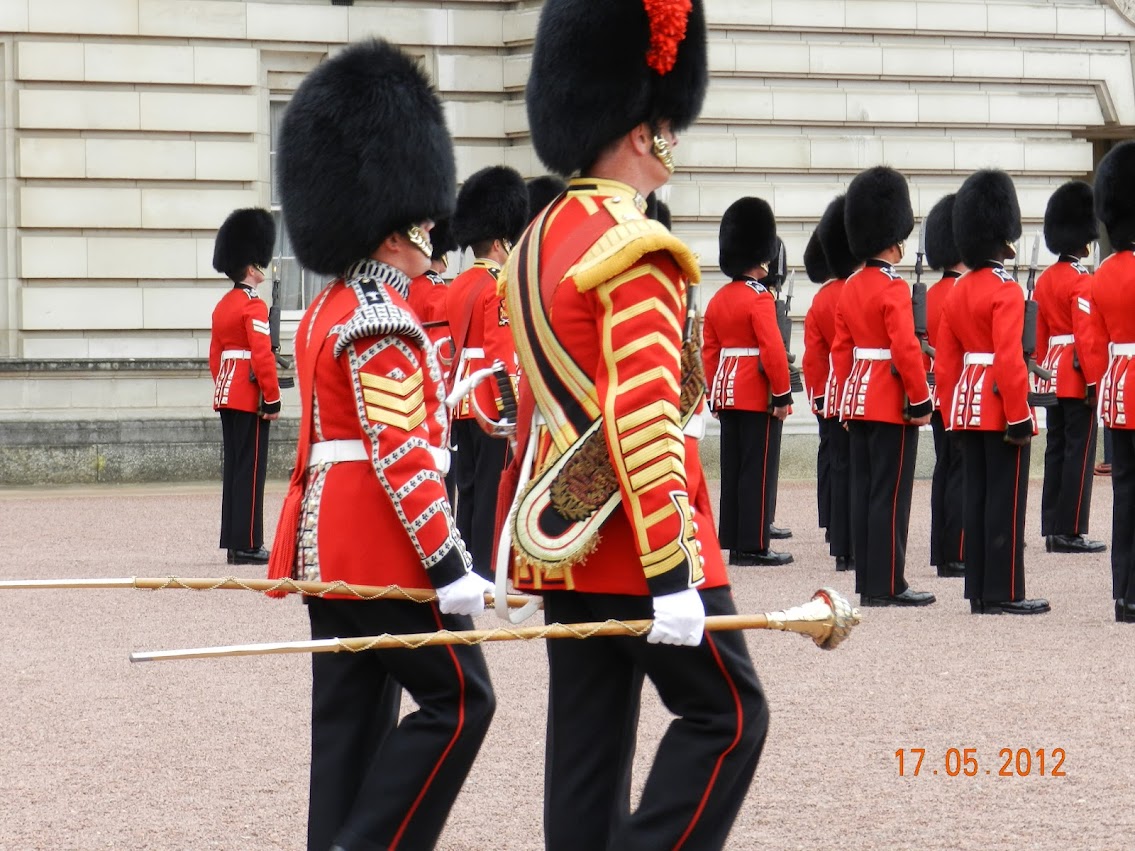 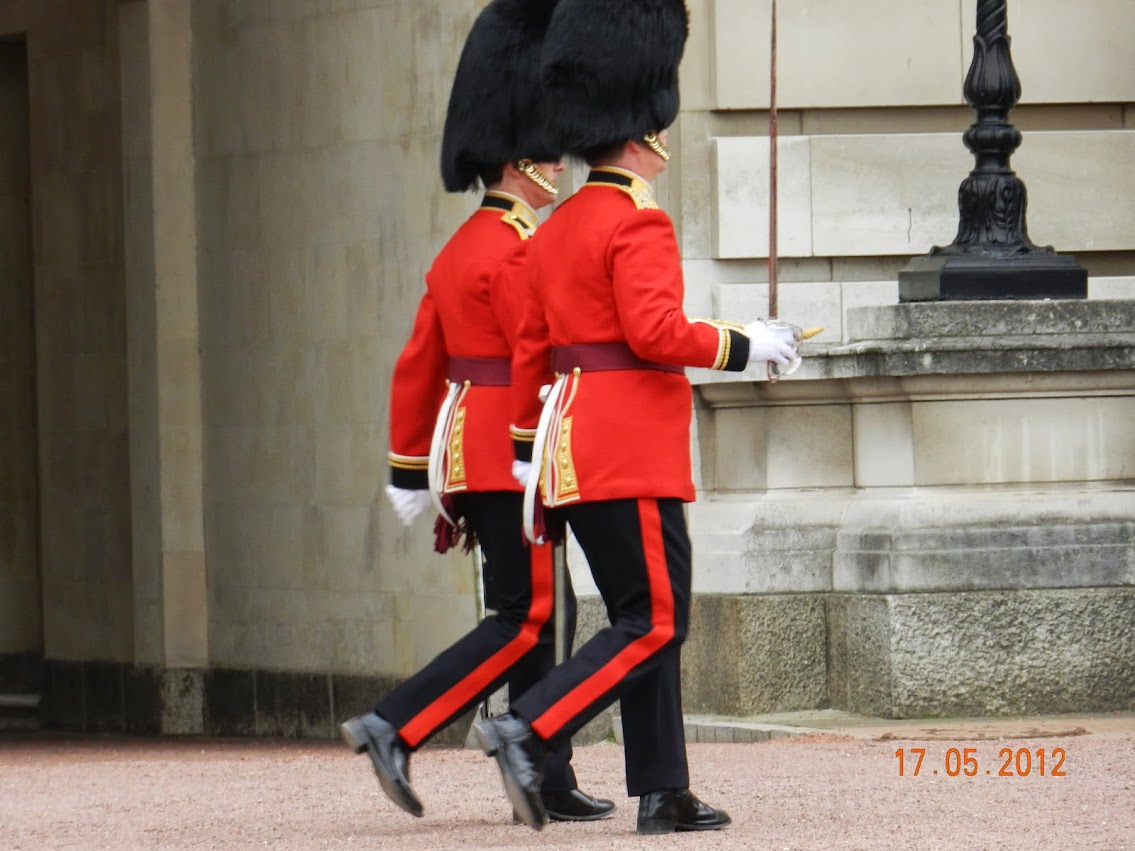 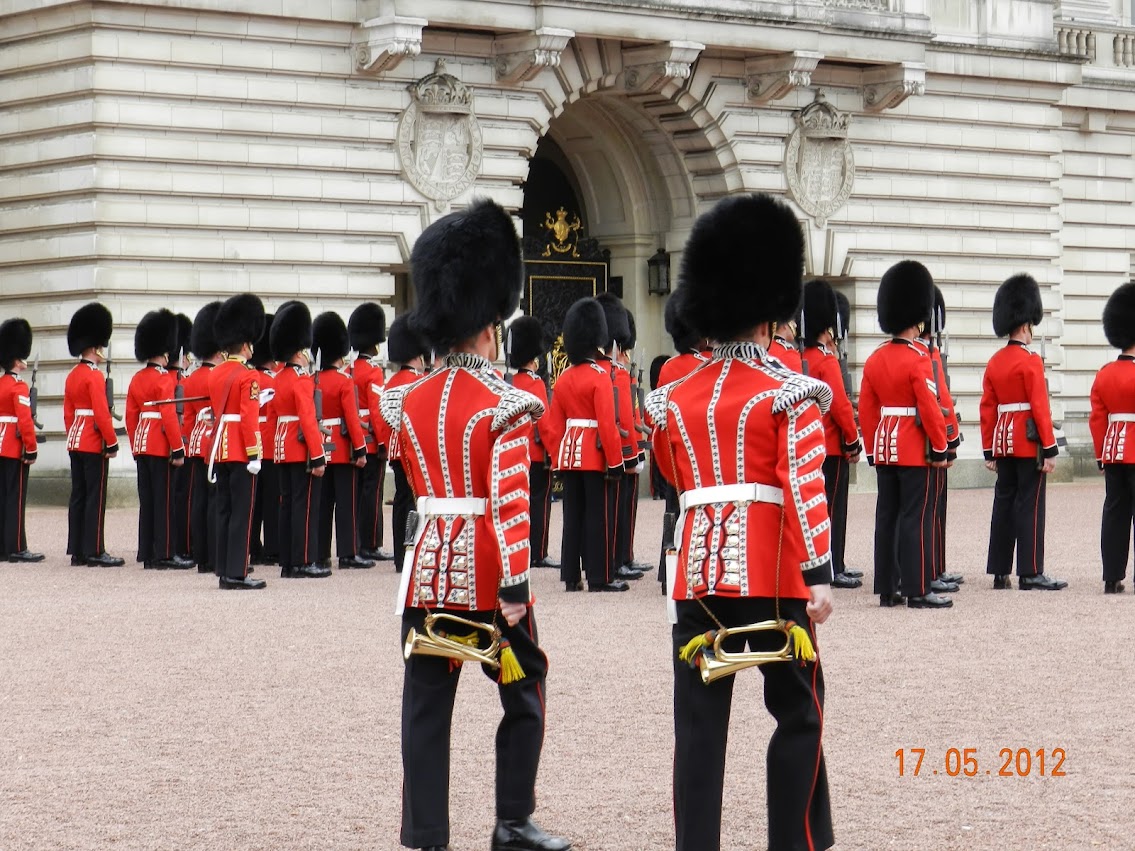 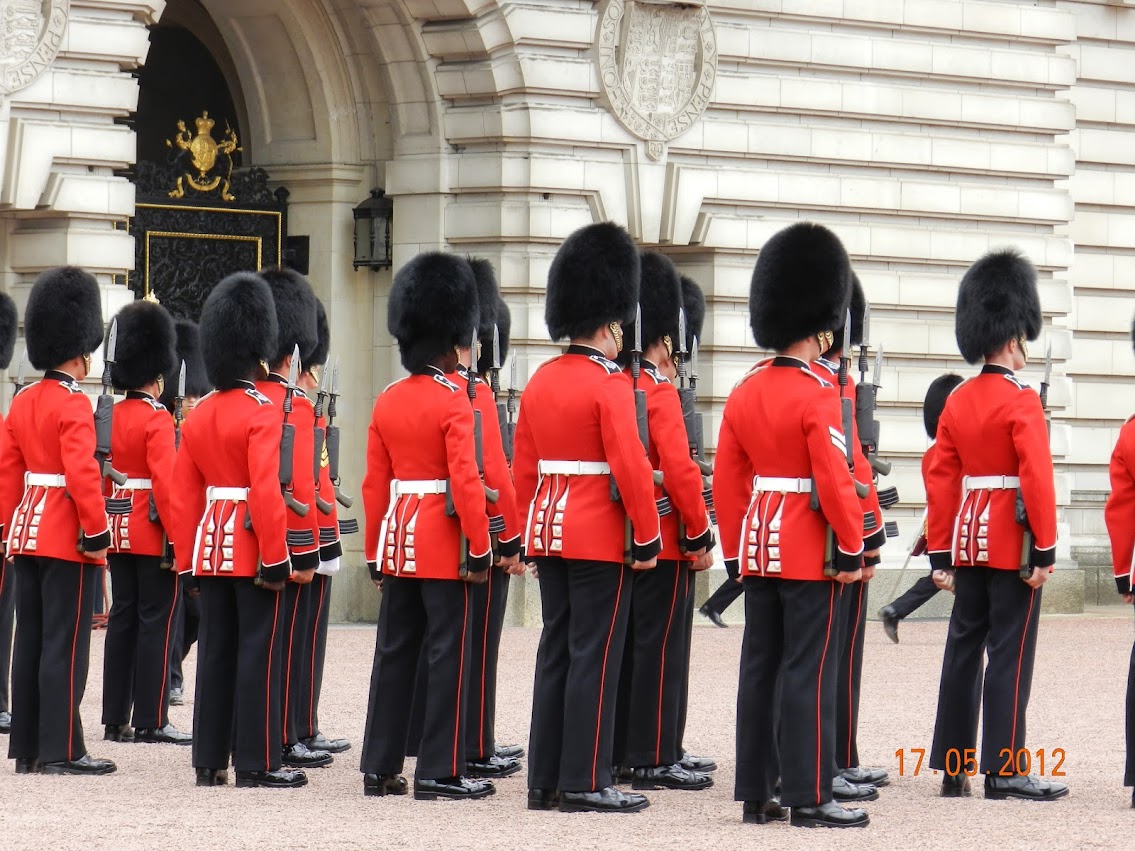 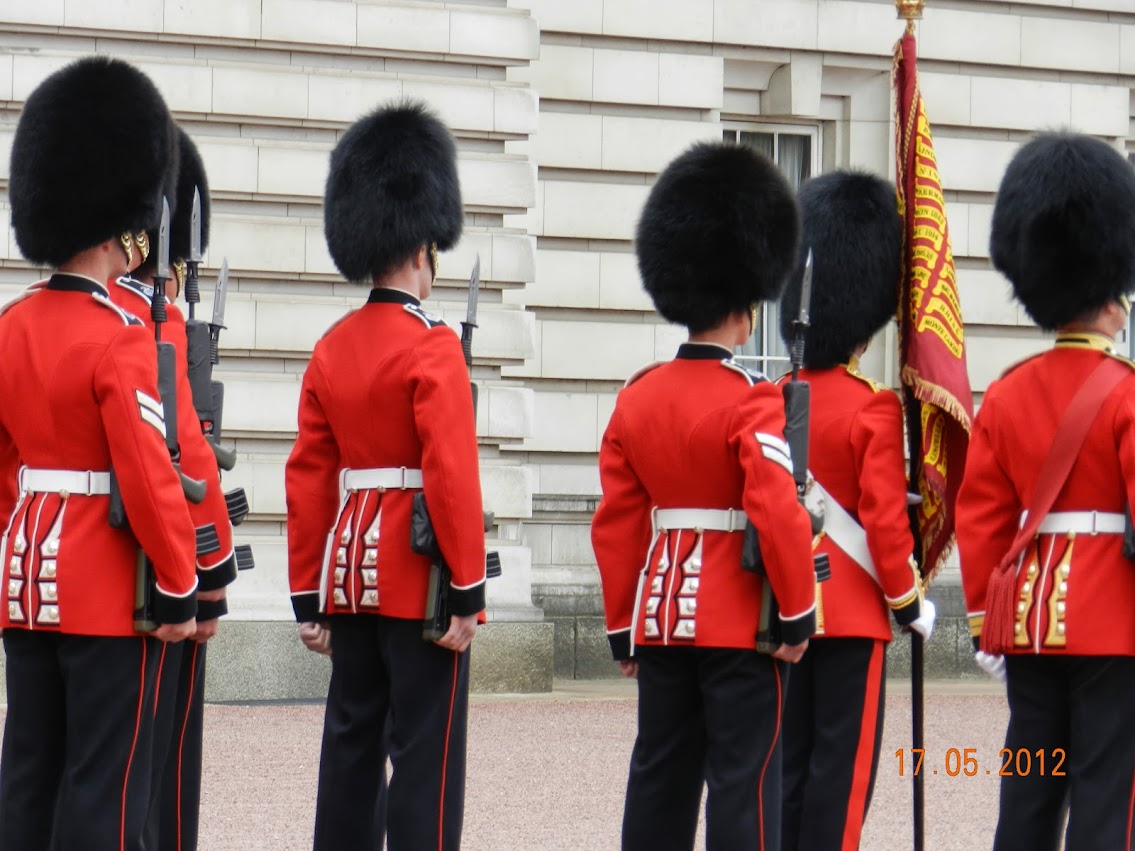 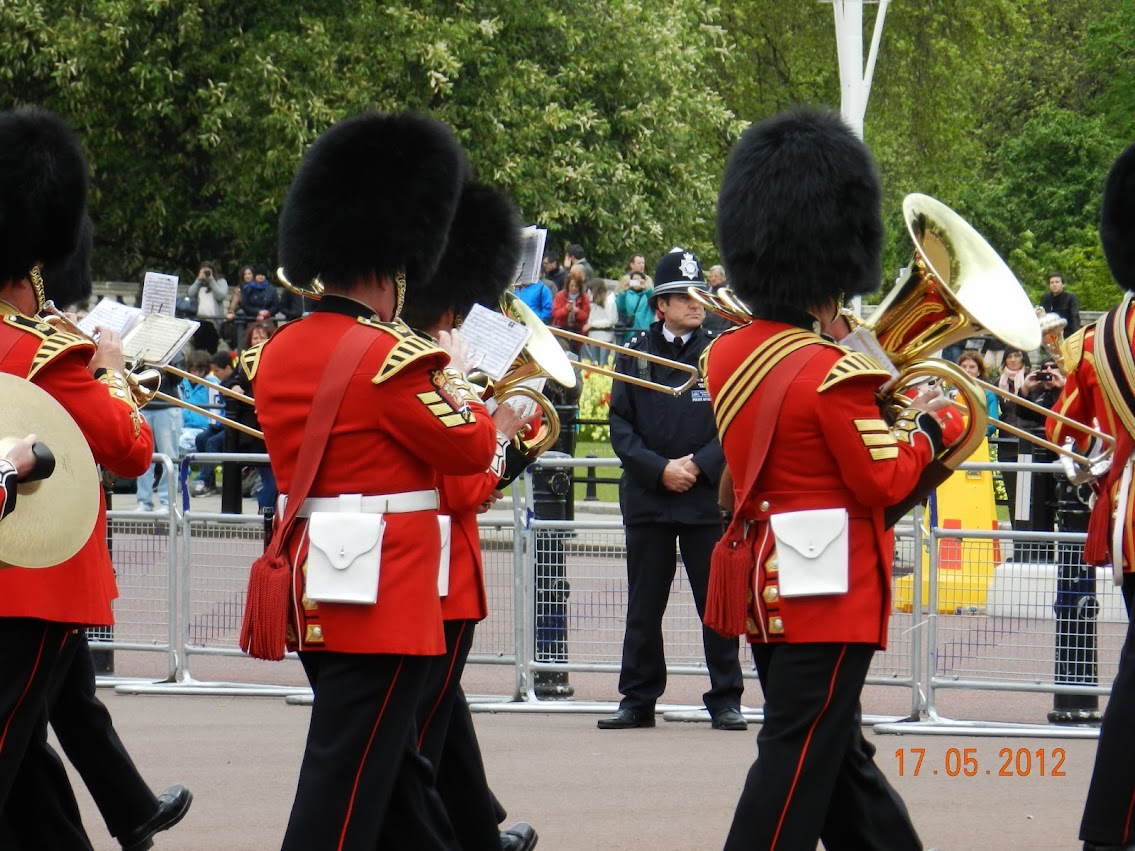 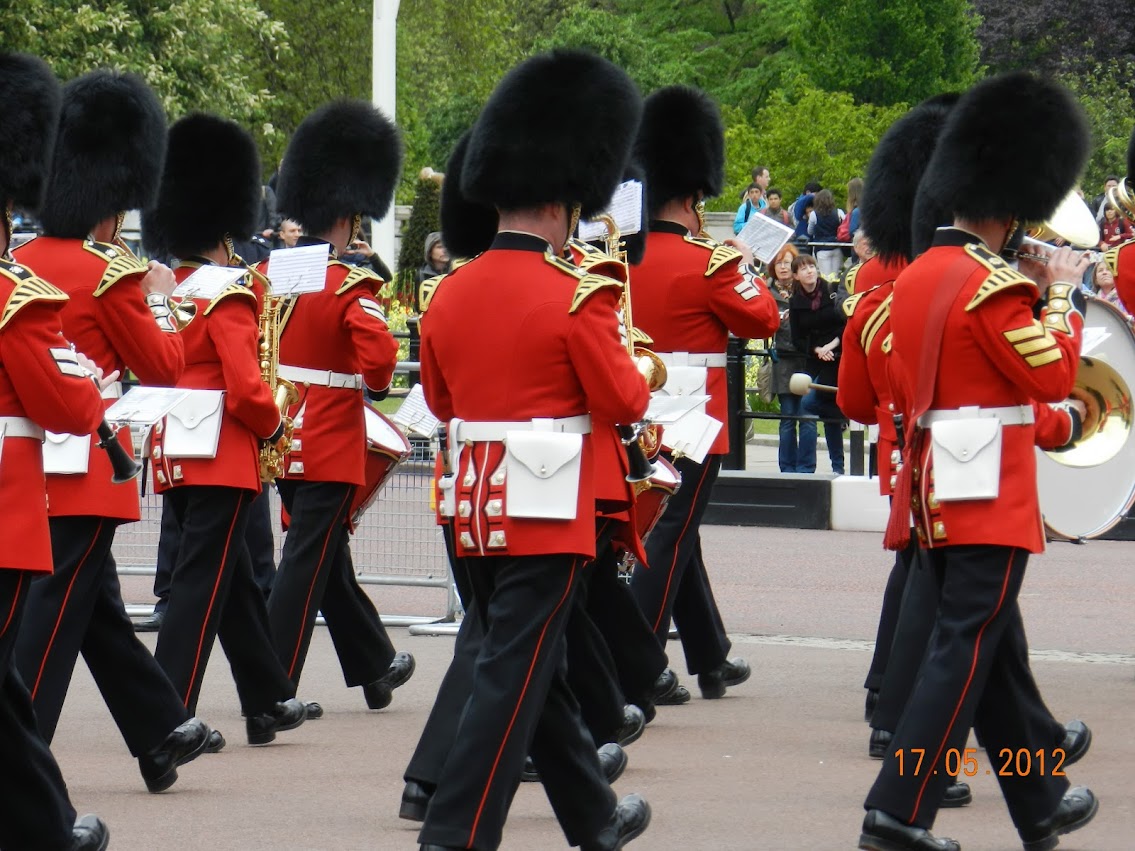 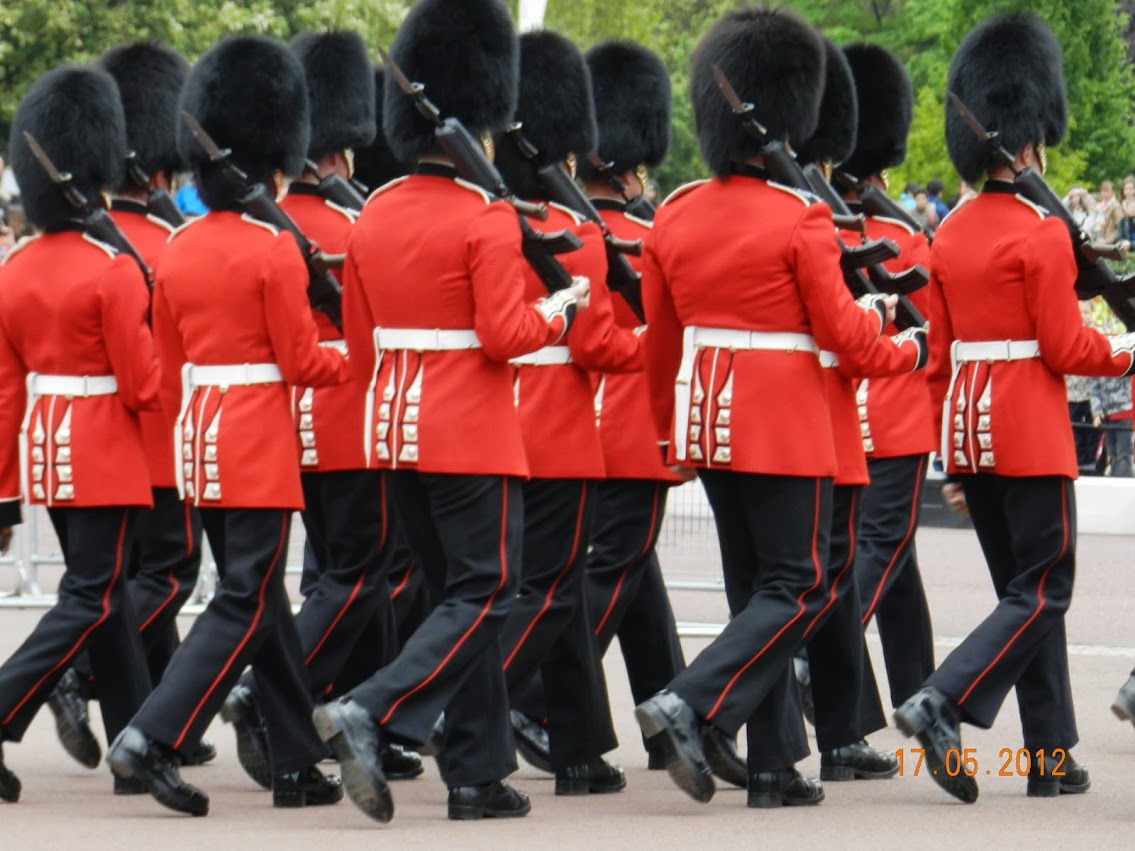 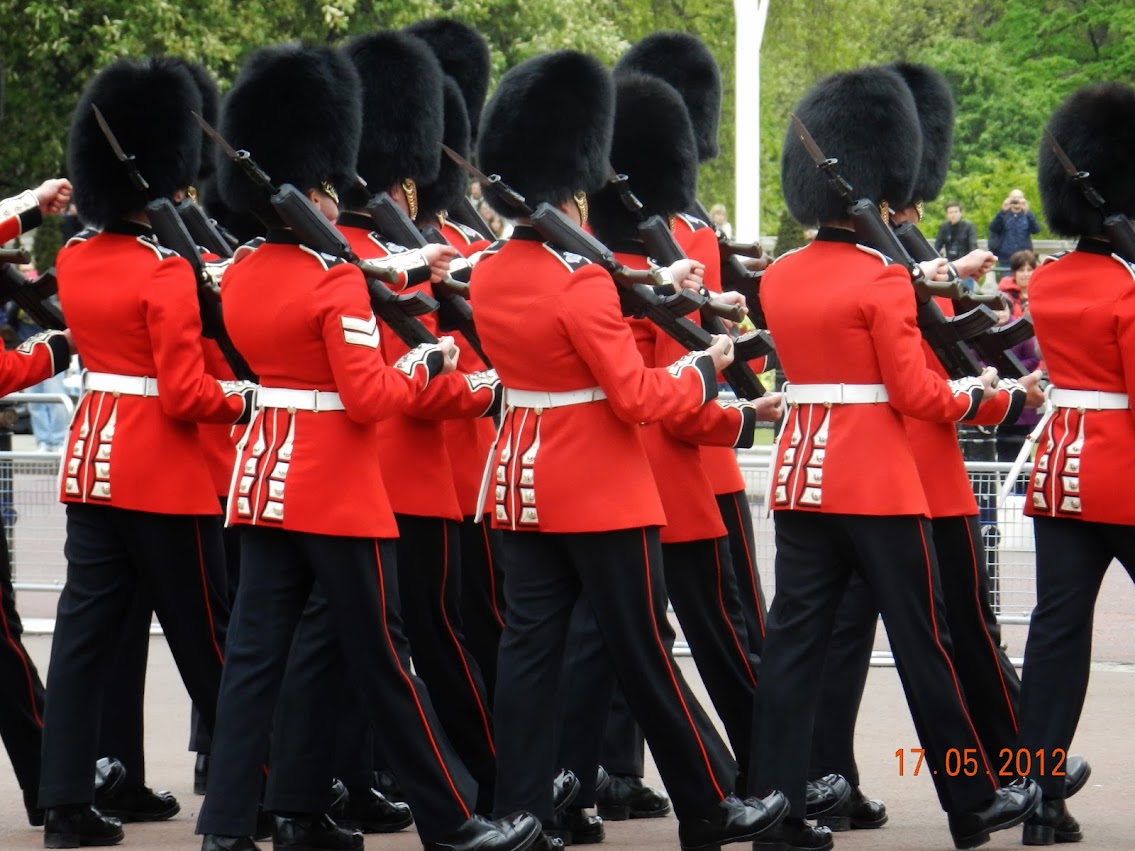 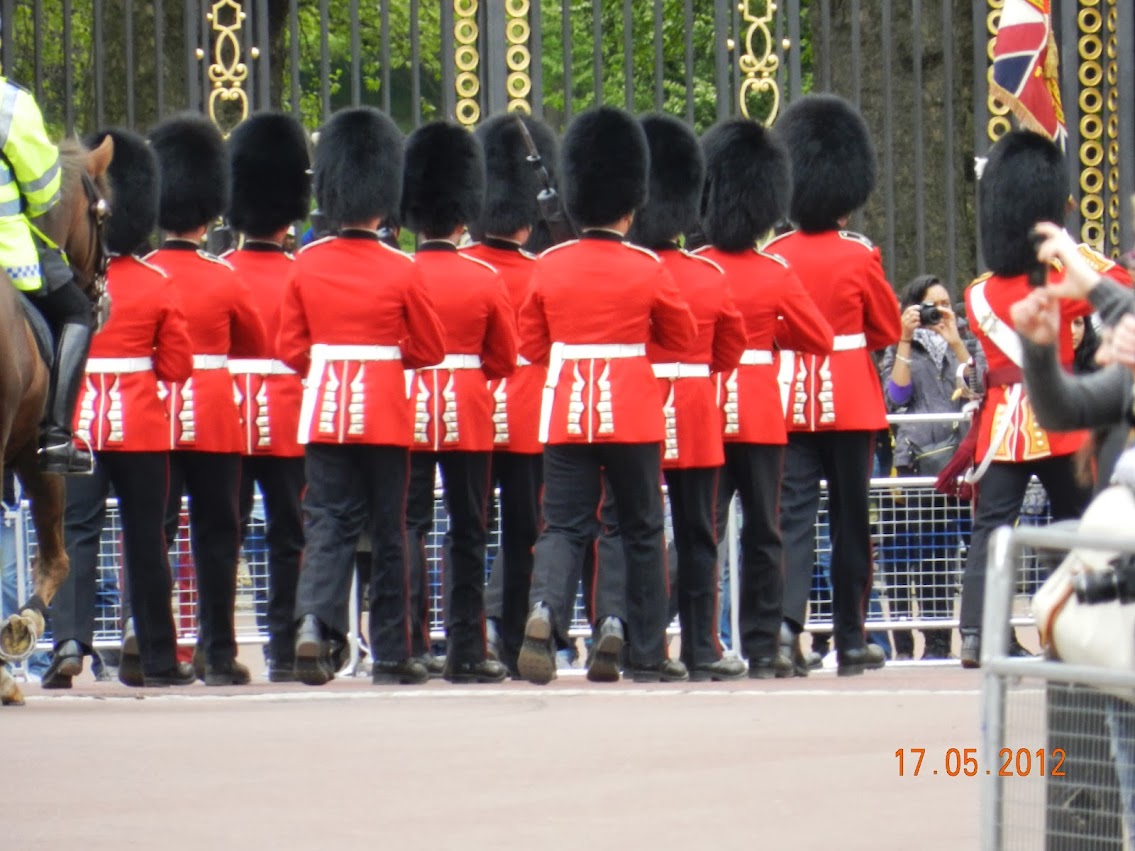 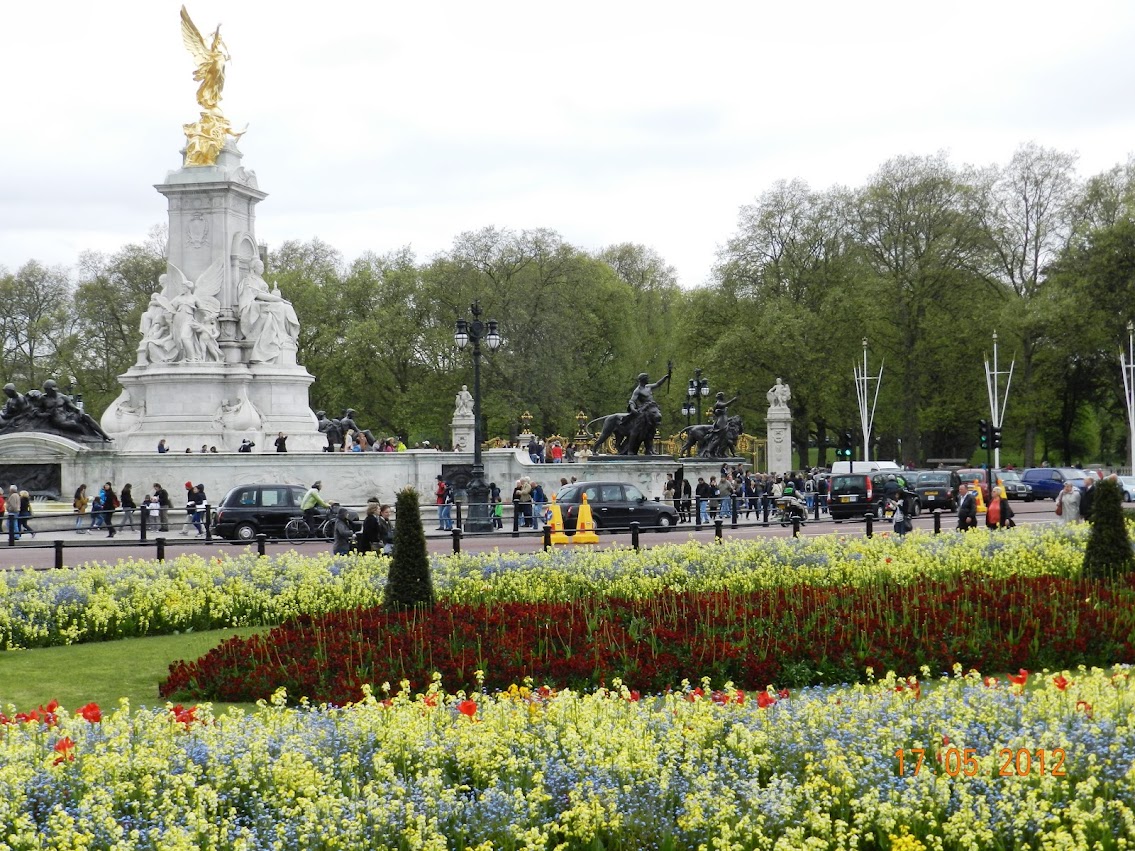 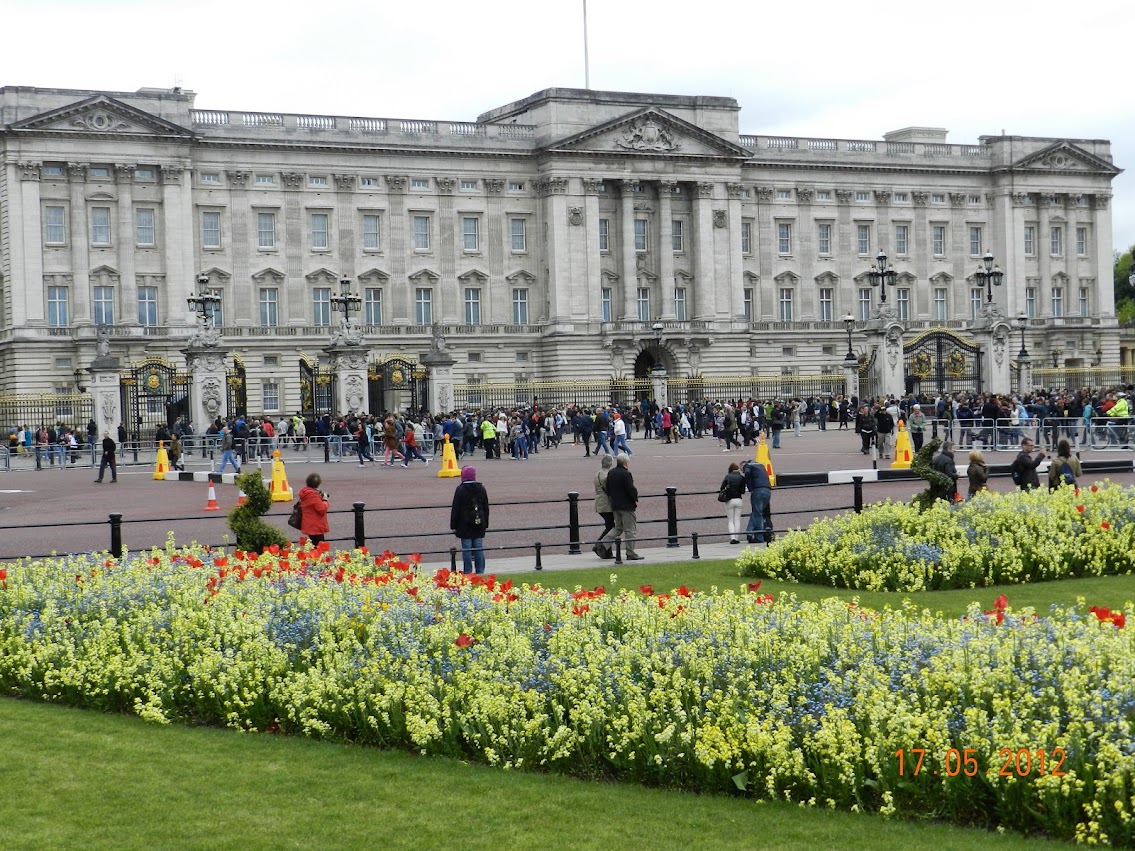 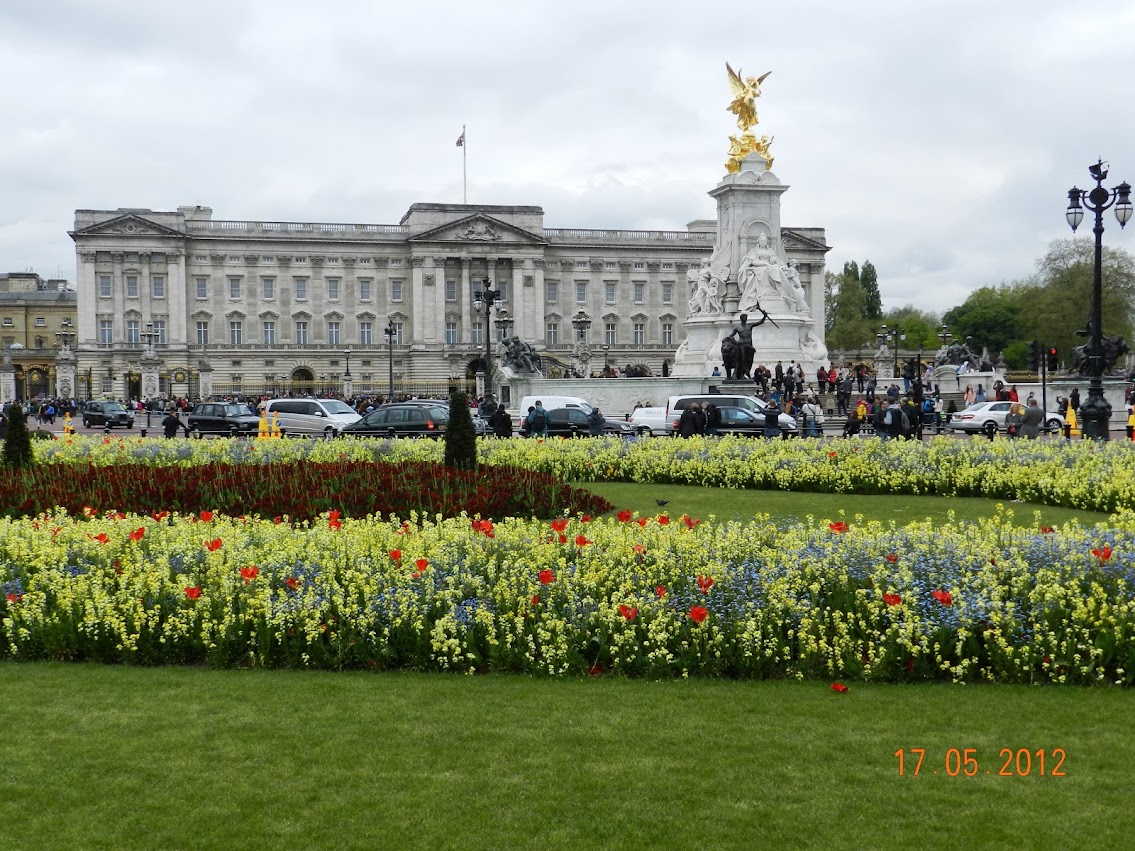 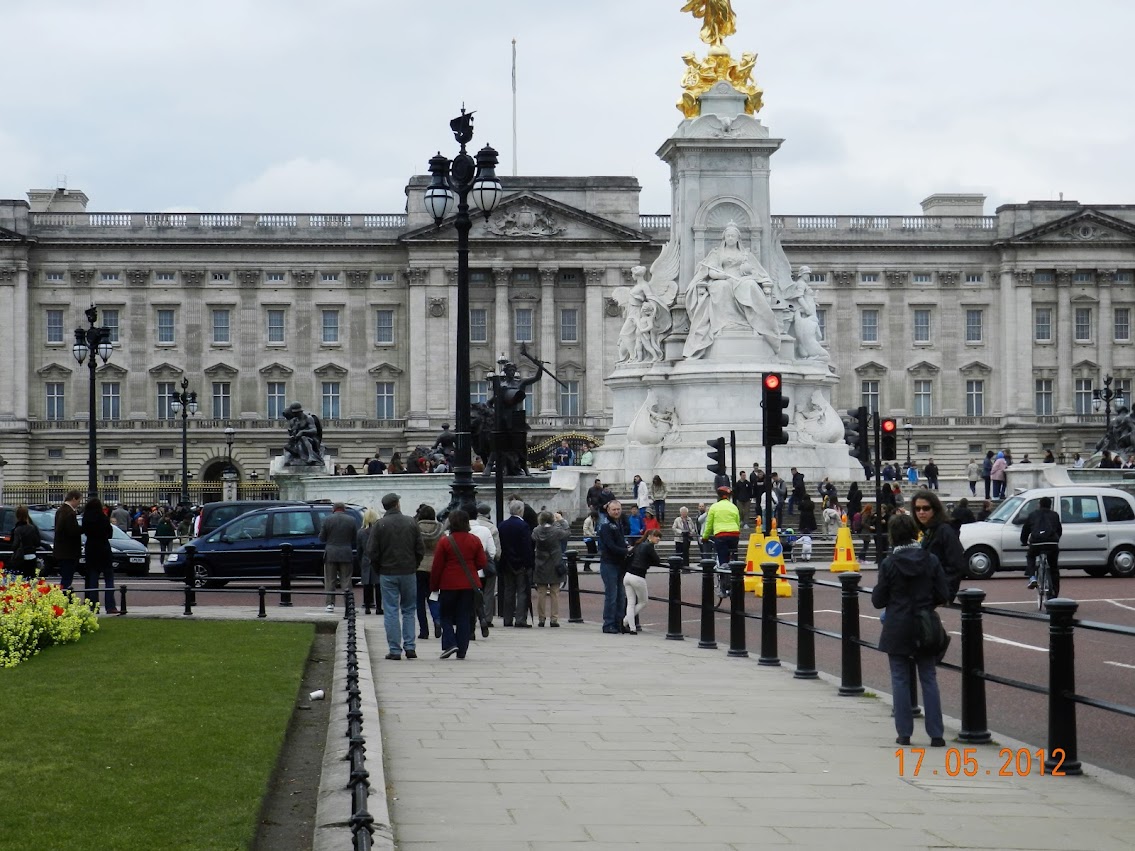 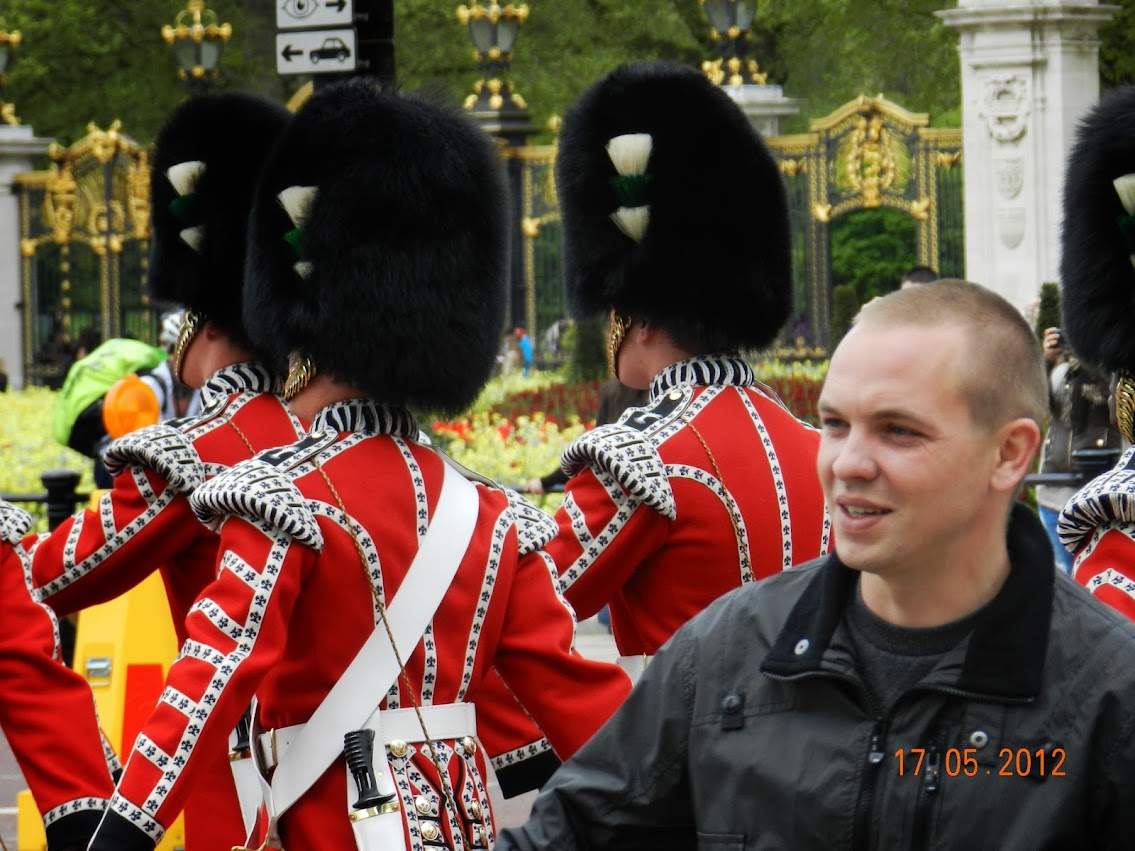